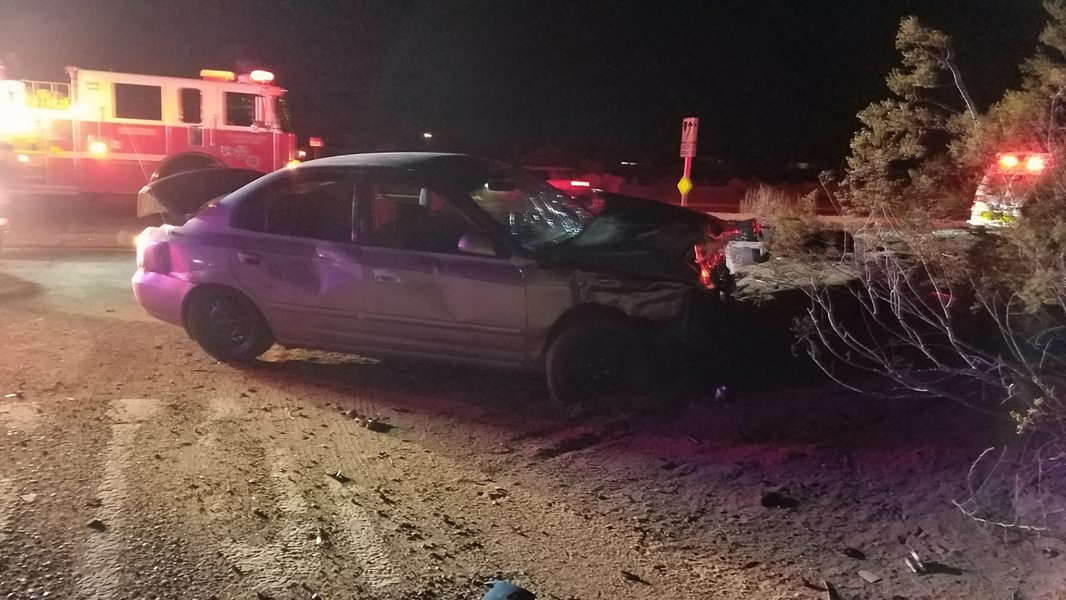 The two-vehicle collision was reported at approximately 1:45 a.m., near the intersection of Mojave Drive and Amethyst Road in Victorville.

Alexander De La Paz Perez the driver of a 2002 Hyundai sedan was driving north on Amethyst Road, failed to stop at a posted stop sign and broadsided the driver’s side door of a 2015 Honda Accord that was traveling west on Mojave Drive.

Both vehicles came to rest on the northwest side of Amethyst Road and Mojave Drive. Emergency services were summoned to the scene and immediately responded to render aid and conduct an investigation.

The collision caused the driver of the Honda, 35-year-old Angel Barranco, a resident of Adelanto to become trapped. San Bernardino County Firefighters used the Jaws of Life to extricate him from the vehicle.

Along with Angel, two passengers were in the car and were identified as Angel’s wife Barbara Velasco, 23, and Velasco’s mother Monica Alarcon, 42. Investigators were told by family that Velasco is approximately 7 months pregnant.

Angel and Alarcon were transported to a local area hospital with major injuries.

Angel later succumbed to his injuries and was pronounced deceased. Velasco was also transported a local area hospital with major injuries.