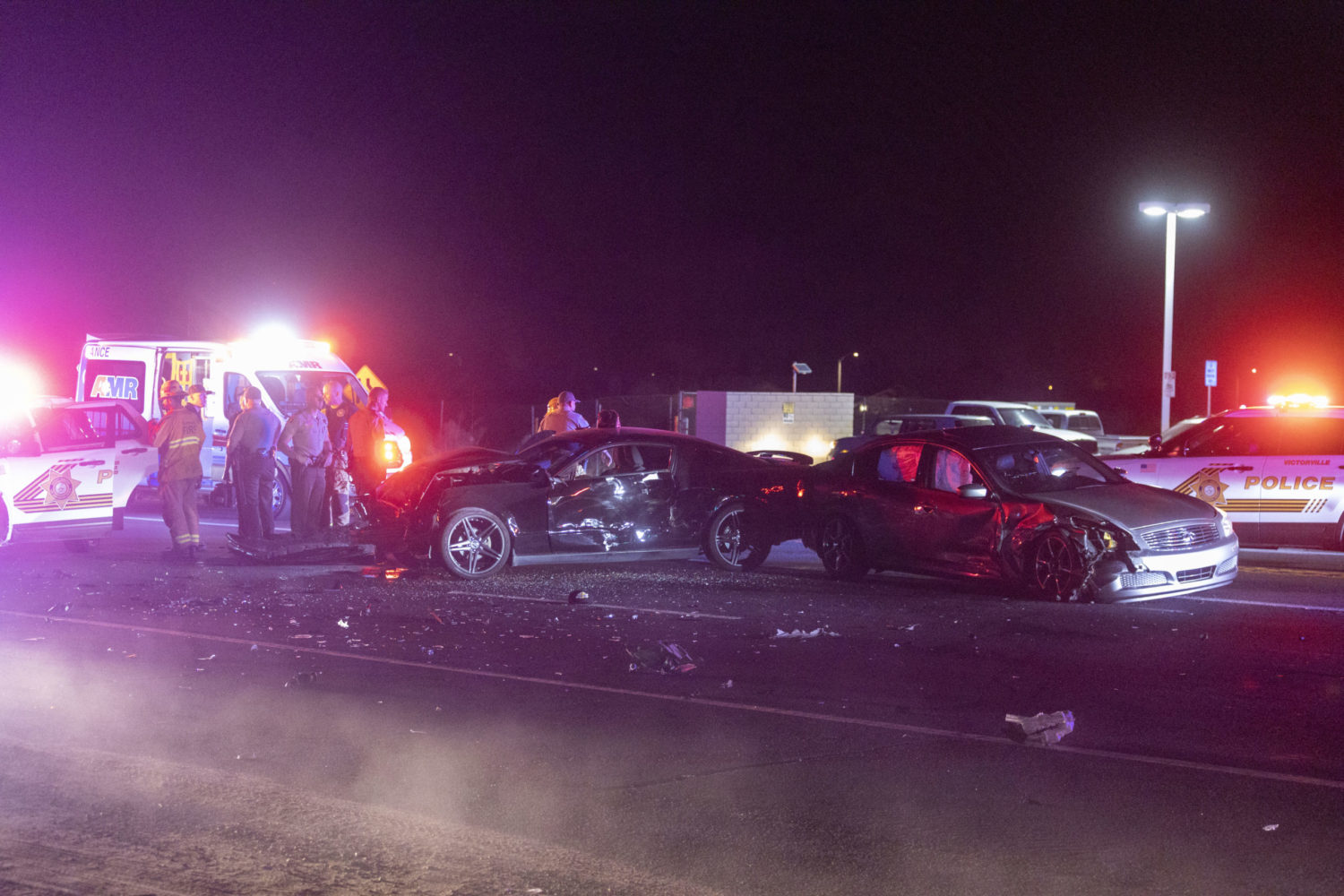 VICTORVILLE, Calif. (VVNG.com) — A 26-year-old Victorville man was arrested after leading deputies on a high-speed pursuit and attempting to run after crashing into another vehicle.

On May 8, 2021, Deputy J. Palacios, with the Victorville Police Department, observed the driver of a 2009 Infinity doing “donuts” in the parking lot of Jocko’s Pub and Grill. Palacios activated his emergency lights and siren in an attempt to make a traffic stop, officials said.

The driver of the Infinity, later identified as Leonardo Enciso, failed to yield, and a vehicle pursuit ensued. The pursuit continued for approximately 2-miles westbound on Bear Valley Road at speeds more than 90 mph.

Officials said the suspect collided with another car as he attempted to turn onto Highway 395 from Bear Valley Road. “He exited his car and began to run from deputies. He was quickly apprehended and taken into custody.”

Officials said the driver of the other vehicle did not sustain any injuries as a result of the collision.

Enciso was arrested and booked at High Desert Detention Center for evading a Peace Officer with disregard for safety. He is scheduled to appear in Victorville Superior Court on May 11, 2021.

Anyone with information about this investigation is asked to contact the Victorville Police Department at (760) 241-2911 or Sheriff’s Dispatch at (760) 956-5001. Callers wishing to remain anonymous are urged to call the We-Tip Hotline at 1-800-78CRIME (27463), or you may leave the information on the We-Tip website at www.wetip.com.

Motorcyclist airlifted from crash on La Mesa Rd in Victorville