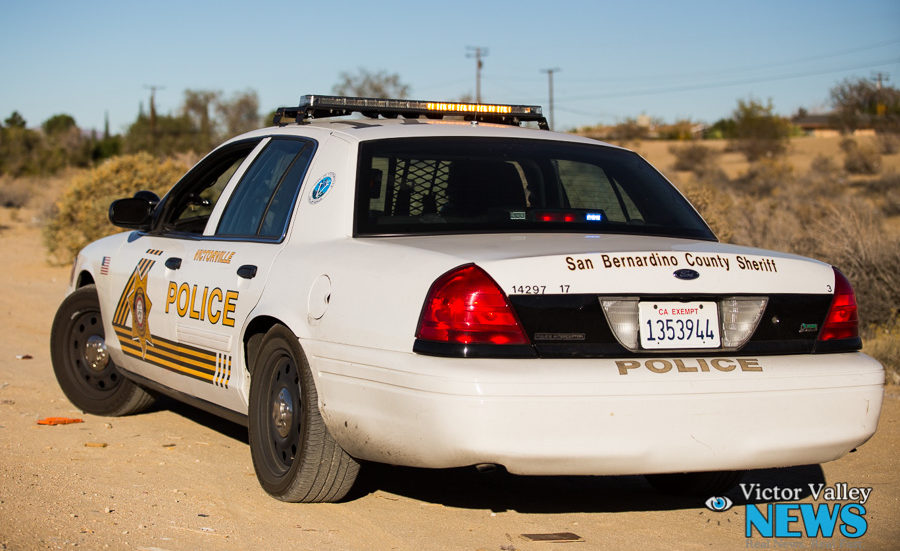 According to the 911 call, a male wearing a black shirt was seen throwing gasoline on a residence and lighting it on fire.

When deputies from the Victor Valley Sheriff’s Station arrived, they located Anthony Rivera at the residence. He was detained for questioning in the back of a patrol car.

“Deputies learned that Rivera had poured approximately 130 feet of gasoline around the residence and lit it on fire. This was not Rivera’s house and he did not know anyone who lives at the residence,” stated a sheriff’s news release.

According to the release, “when Deputy Kraft returned to his patrol car to question Rivera, he smelled smoke and realized Rivera had lit matches and thrown them on the rubber floorboard of the vehicle. Rivera still had possession of the matches and was striking them. The unit was filled with smoke, but no fire was started.”

Anthony Rivera was arrested and booked at High Desert Detention Center and is being held lieu of $50,000.00 bail. Rivera remains in jail and is being held on a $50,000 bail with an arraignment scheduled for April 30, 2020.

Anyone with information regarding this crime is urged to contact Deputy Kevin Kraft at Victor Valley Sheriff’s Station, (760) 552-6800. Persons wishing to remain anonymous can report information to WeTip by calling 1-800-78-CRIME, or by accessing the website at www.wetip.com.