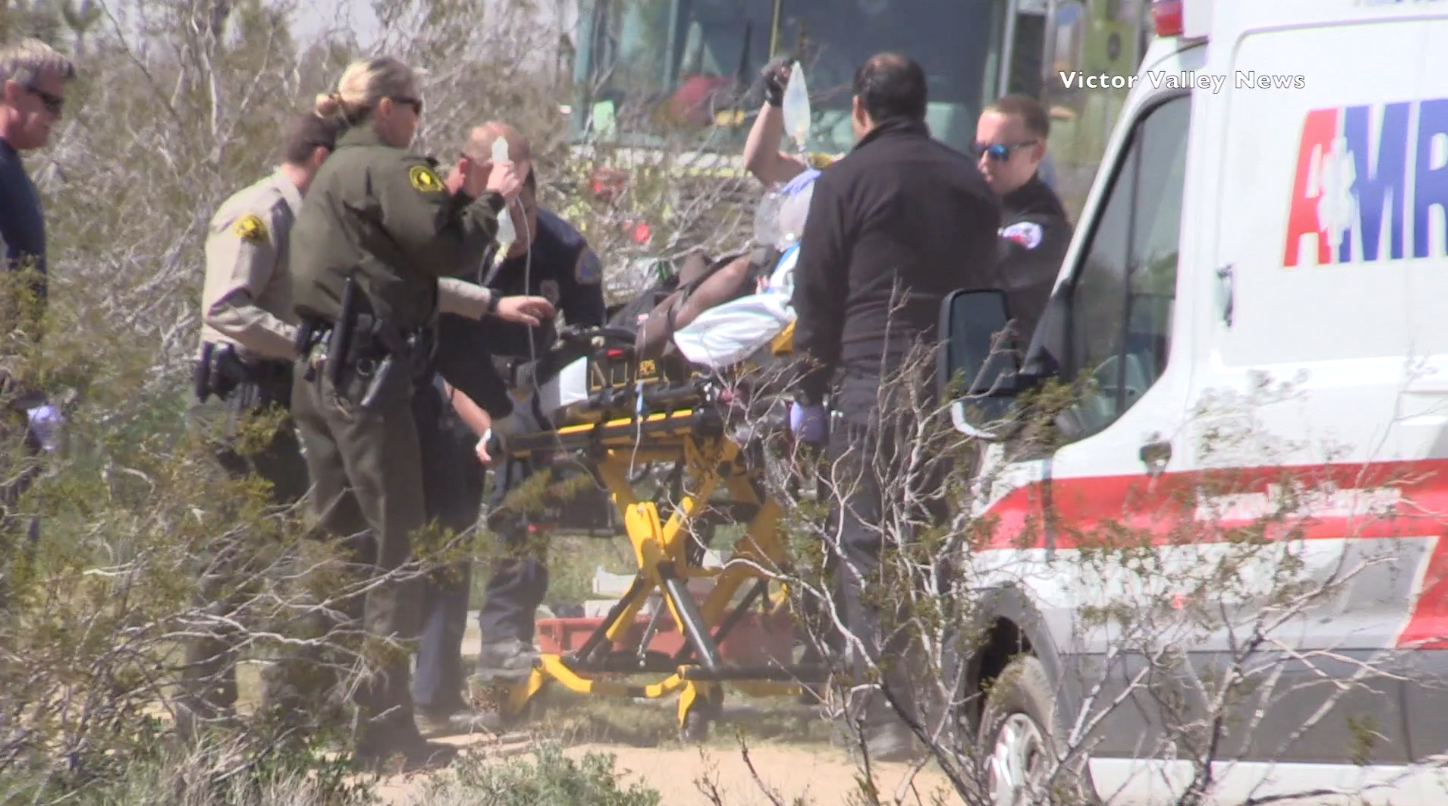 VICTORVILLE, Calif. (VVNG.com) A man was reported to have been accidentally shot in the head after he was attempting to show a person how to shoot a gun.

Victorville Sheriff’s Deputies responded to an unincorporated area of Victorville near Sunny Vista Road and Olivine Road just before 2:00 p.m.

According to scanner traffic, a female adult called 911 and said the male victim was attempting to teach her how to shoot a gun when it discharged and shot him in the head.

The Sheriff’s helicopter landed at the location near the red 2008 Honda where the victim was sitting inside. The male was reported to be breathing but not very strong.

A second helicopter, Air Rescue 7, landed at the location and transported the victim to Arrowhead Regional Medical Center.

The investigation is ongoing and is being handled by the Victorville Police Department.

For more news be sure to join our group on Facebook HERE.