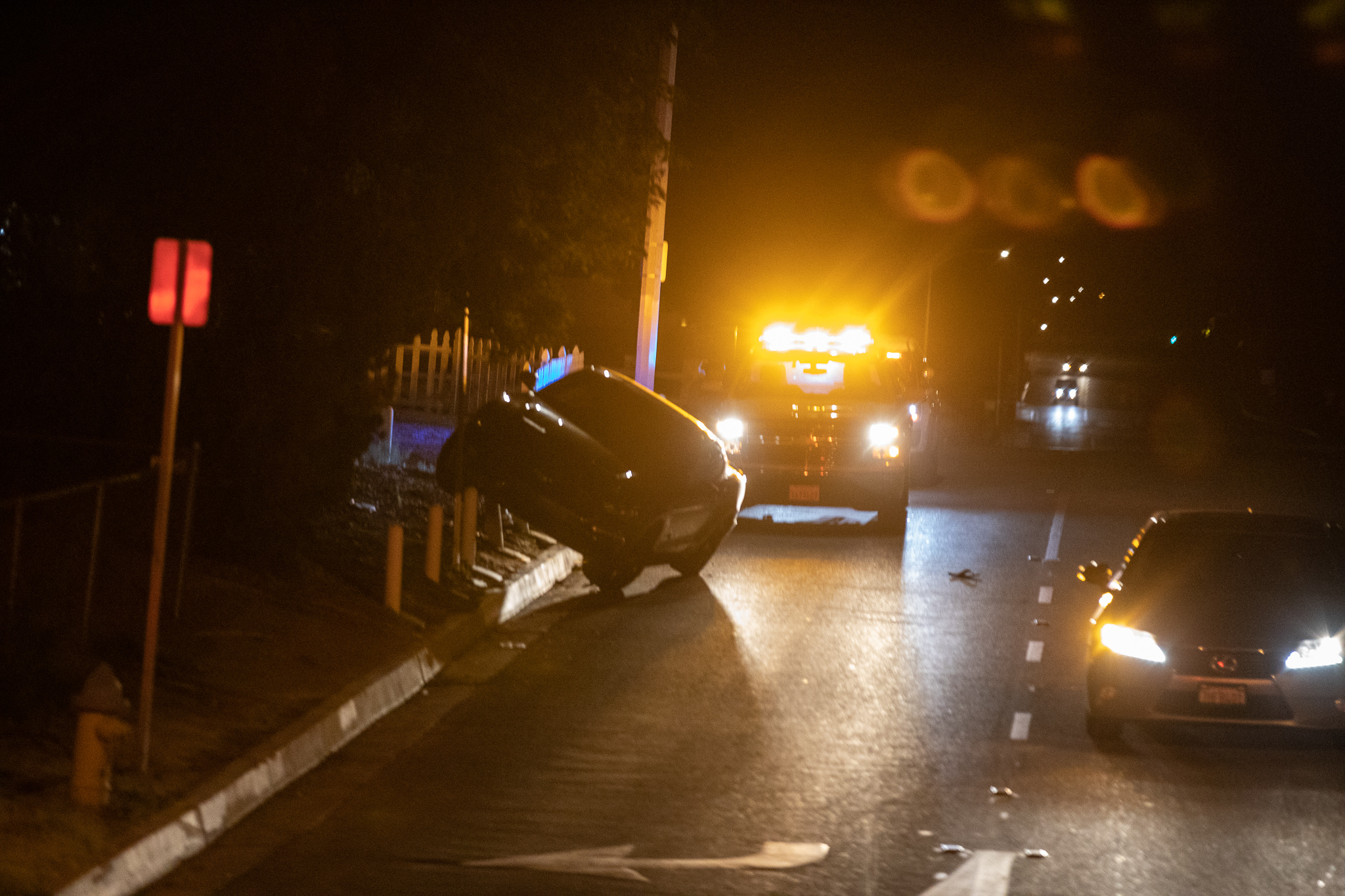 VICTORVILLE, Calif. (VVNG.com) — A 43-year-old Victorville man found hiding after fleeing from a hit-and-run crash was arrested after fighting with police, officials said.

At about 8:37 pm on September 20, 2019, Joshua C. Drake, was involved in a single vehicle collision near Hesperia Road and Seneca Road. Drake drove his 2018 Ford Mustang, hitting a curb and sign.

“After the collision, he was seen getting out of the car and fleeing into the nearby desert area, where he hid from deputies. Deputies located him in a ravine. During the attempt to detain Drake, he resisted officers and was tazed to gain compliance,” stated sheriff’s spokeswoman Mara Rodriguez.

Drake was evaluated at a local hospital before being booked at High Desert Detention Center for PC69 Obstructing/Resisting an Officer and driving under the influence of alcohol.

Drake is scheduled for preliminary arraignment in a Victorville courtroom on September 24th. His bail is set at $50,000.