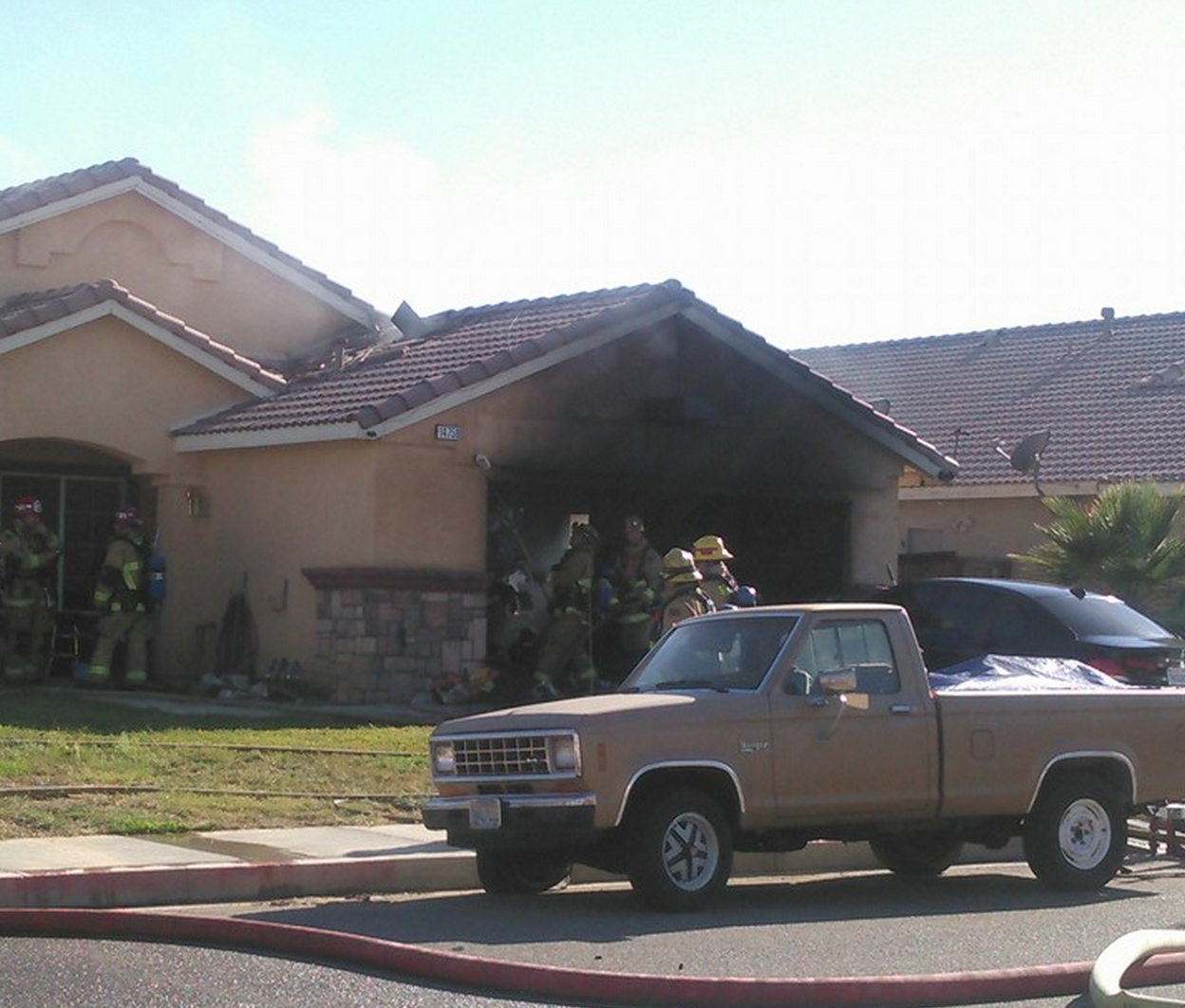 VICTORVILLE-(VVNG.com): Two adults and a child were displaced following a Saturday evening fire at a home in the 14700 block of Saguaro Street in Victorville.

At about 4:10 p.m. on September 19th, dispatch received a report of a fire in the garage of the single-story home.

San Bernardino County firefighters, including five medic engines, a ladder truck and a battalion chief quickly arrived to find the home, with a well involved garage with some extension into the home. Upon arrival firefighters located the occupants, who were out of the home, but as a precaution an additional clearing of the home was conducted.

Firefighters worked for about 15 minutes before the fire was fully extinguished. There were no injuries reported as a result of this fire.

An investigator and Southern California Edison officials determined that the fire was caused by an overheated battery left on a charger in the garage. The damage was estimated at $70,000.