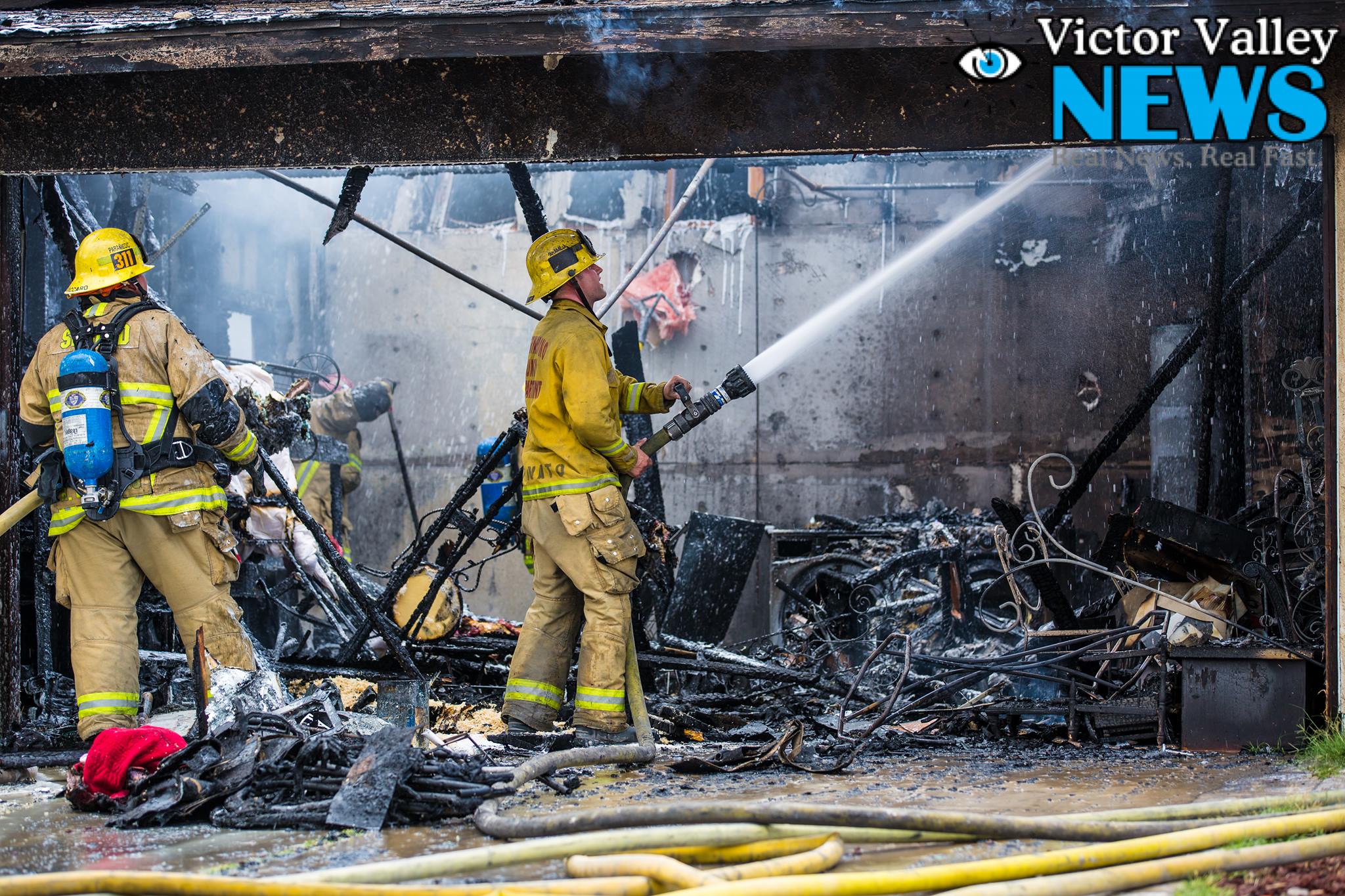 VICTORVILLE-(VVNG.com): A family of seven and their dogs were left homeless following a fire that started in the garage of a single story Victorville home.

On Wednesday, July 29th at about 4:11 P.M., dispatch received a report of a residential structure fire on the 15800 block of La Paz Drive. San Bernardino County firefighters arrived on scene at 4:16 P.M., to find smoke and flames showing from the garage with extension to the home on the left side.

A neighbor, Eva Carmona, said that days prior the residents previously heard a pop and noticed a burnt spot on the wall in their home. “After having someone check an electrical box in the home, the family began moving things out of the home and into storage”, stated Carmona.

“We heard a scream from the grandmother that lived in the home so we looked out and noticed that the home was on fire. The grandmother was in the backyard and was unable to get out because of the locked fence. Neighbors went to get a ladder in an attempt to get her out of the backyard, but the firefighters arrived to assist her,” said Carmona.

“Crews went into the attack mode and performed interior attack while simultaneously conducting a primary search for any possible victims,” said San Bernardino County Spokesperson Jeff Allen.  Allen also said that they responded with a total of 5 Paramedic Engine Companies , one Paramedic Truck Company, 1 Battalion Chief , 1 Fire Investigator for a total of 20 County Fire personnel.  He also said that the firefighters were able to save the family dog, which was in the back bedroom of the home. County Fire Capt. Mike McClintock said that there was one cat that was still accounted for.

The fire was knocked down within 15 minutes of the firefighter’s arrival. The estimated damage to the home is $150,000. The home to the left side had minor damage to one of the walls. The red cross was on scene to assist the four adults and three children living in the home.

The cause of the fire is still under investigation by the Office of the Fire Marshal at this time.