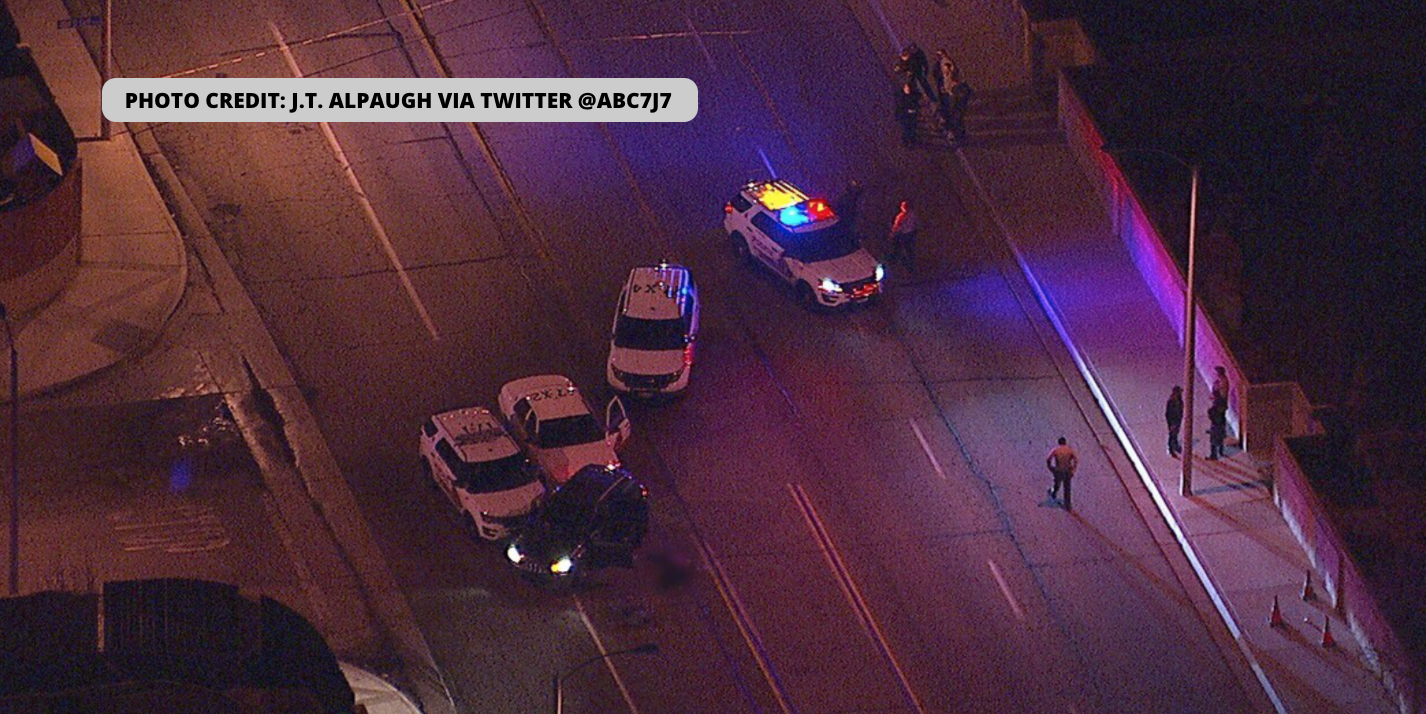 Just after 8:00 pm, deputies responded to the Verizon Wireless in the 14400 block of Bear Valley Road in the Dunia Plaza shopping center in Victorville.

According to scanner traffic, three men armed with handguns entered the business and stole approximately $50-80,000 worth of merchandise and fled in an older model black Jeep Cherokee.

Using a GPS, Victorville sheriff’s deputies located the vehicle and attempted a traffic stop but the driver failed to yield leading deputies on a dangerous and high-speed pursuit. A sheriff’s aviation helicopter responded and assisted with aerial support as the driver of the vehicle continued to drive recklessly in an attempt to evade police.

Three suspects fled from the vehicle and into a nearby neighborhood but were quickly apprehended by sheriff’s deputies within minutes. A fourth suspect, described as a male adult, exited the vehicle and that’s when a deputy-involved shooting occurred.

An ABC7 helicopter over the scene showed the Jeep in the middle of the street with the driver side door open and a deceased male laying next to it. 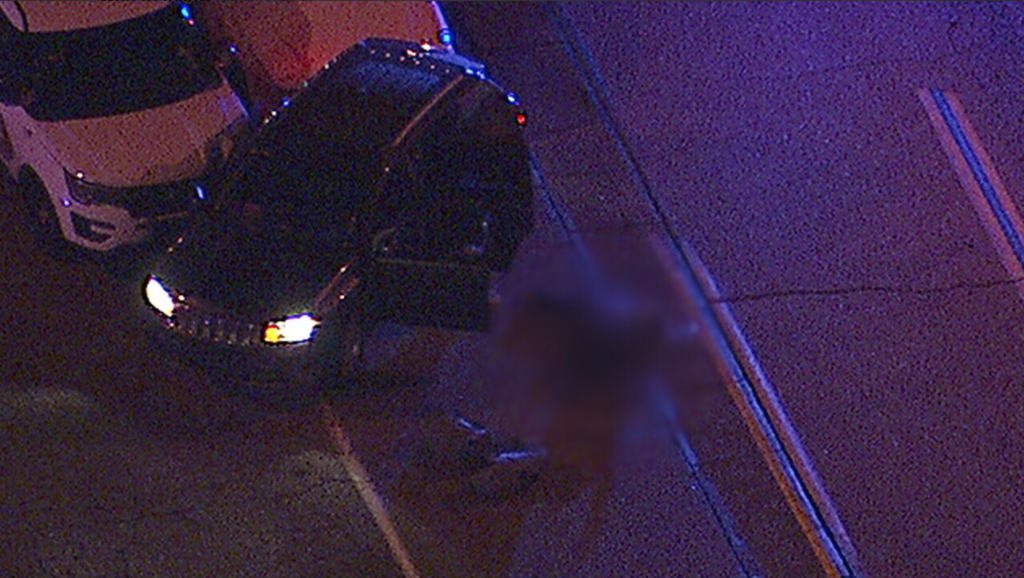