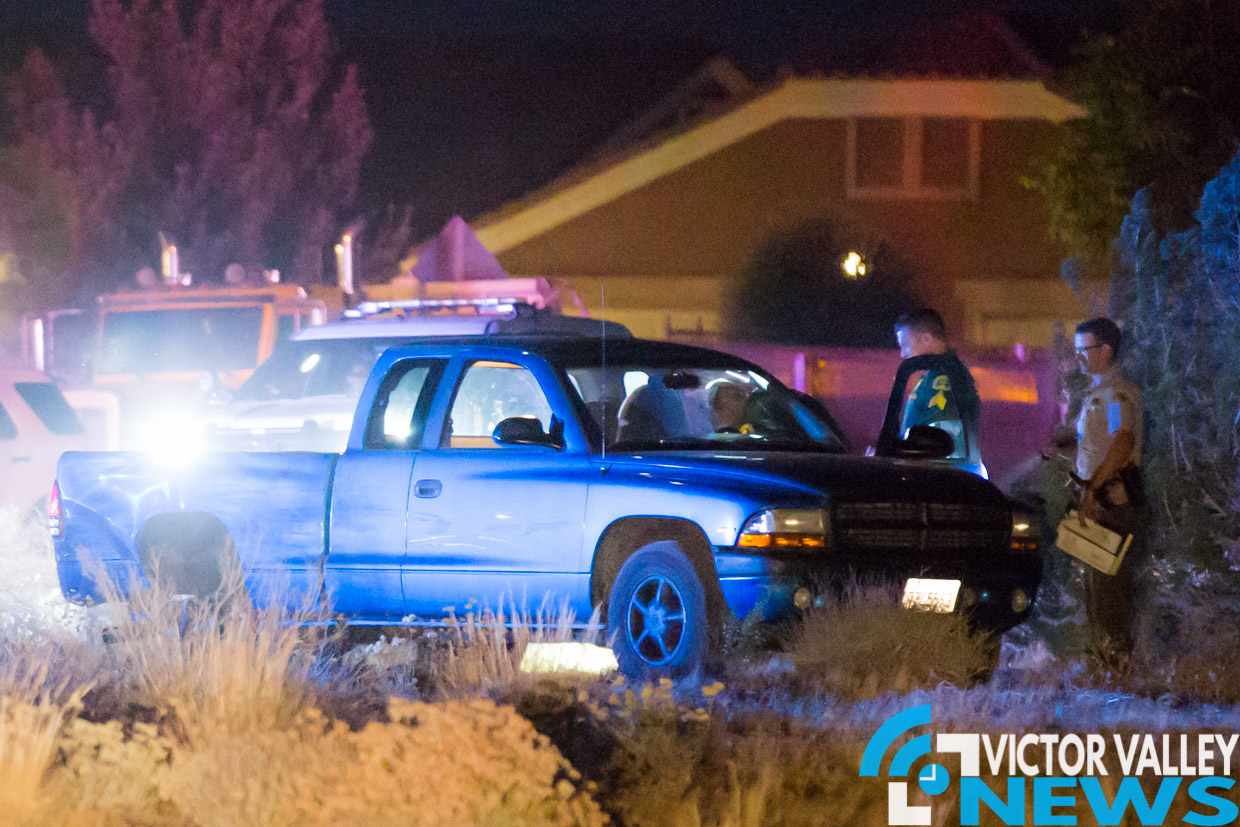 HESPERIA, Calif. (VVNG.com) A high-speed pursuit that began in Victorville ended with the suspect being taken into custody in Hesperia.

Per scanner traffic, the man was initially being stopped for reckless driving but instead led deputies on a pursuit that reached speeds more than 90 MPH.

The pursuit came to an end in the area of Sultana Street and C Avenue around 9:00 p.m. when the suspect drove into a dirt lot, and then foot bailed.

Per scanner traffic, the suspect fled towards an apartment complex but was quickly apprehended.

Police did not release the identity of the suspect Friday night.