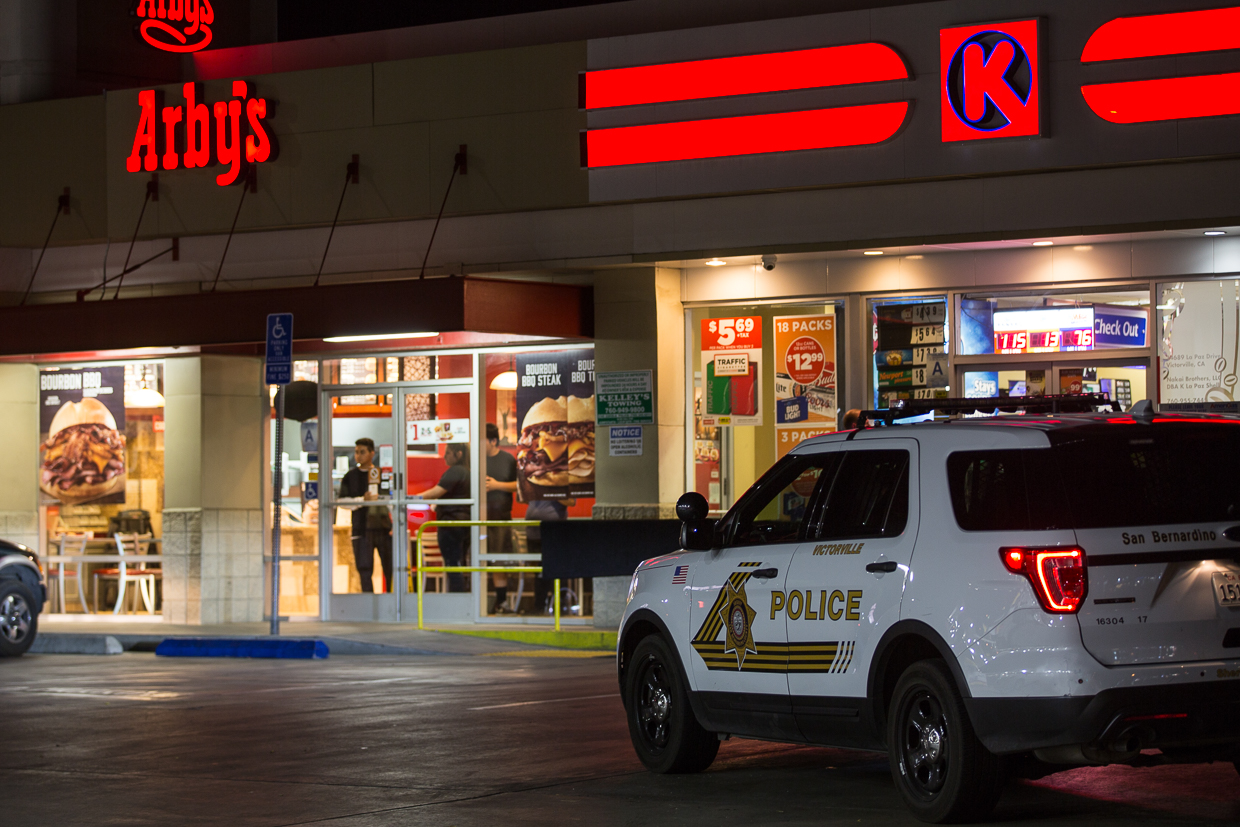 VICTORVILLE, Calif. (VVNG.com) Police are continuing to search for an armed suspect who zip-tied employees during an armed robbery Saturday night.

At about 10:00 p.m., an unidentified male suspect entered the Circle K/Shell gas station located at the corner of La Paz and Valley Center Drives and robbed the business.

According to scanner traffic, the suspect held the store employees at gunpoint and ordered them to the back of the store, using zip-ties to restrain them.

After taking an undisclosed amount of cash the suspect fled the location on foot. Deputies at the scene received information the suspect was seen getting into a 2010-2012 white Acura TL.

A San Bernardino County Sheriff’s Helicopter responded to assist ground deputies in the search for the suspect. No employees inside the business required medical attention.

The suspect is described as a White male last seen wearing a black sweatshirt and wearing a hat. Anyone with information is urged to contact the Victorville sheriff’s department at 760-241-2911.