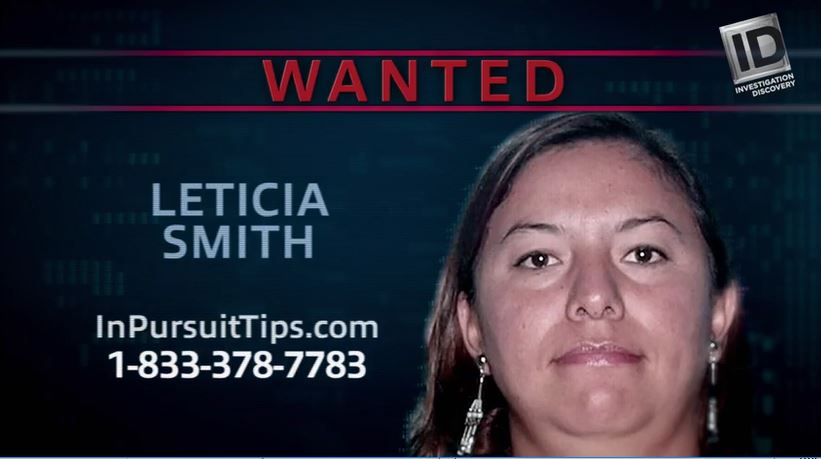 VICTORVILLE, Calif. (VVNG.com) — Investigation Discovery’s popular series “In Pursuit With John Walsh” will air an episode tonight profiling Leticia Smith, a fugitive on the run with her two children after allegedly murdering her husband in Victorville.

On May 12, 2015, the dead body of Antoine Smith was located in the bedroom of the home during a well-check conducted by the San Bernardino County Sheriff’s Department in the 13700 block of Brynwood Street.

The well-check was requested after Smith missed several days of work and had not been seen or heard from by friends of co-workers.

The victim’s wife, Leticia and their two daughters, Abigail and Isabell who were 4 and 8-years-old at the time were also missing.

Detectives quickly learned Leticia was actually not a victim but a cold-blooded killer who had fled in her 2010 Honda Accord.

Now, John Walsh joins authorities on the hunt for Leticia. She has been on the run since May 5, 2015, when she was 35-years-old.

Show producers said Leticia Smith has dual citizenship and maybe moving back and forth over the Mexican border and maybe using her maiden name, Sanchez.

Anyone with information about Leticia Smith’s or her children’s whereabouts to text or call our hotline at 1-833-3-PURSUE, or to submit online at our dedicated hub at InPursuitTips.com. These resources are both staffed by trained with Spanish-speaking operators who will accept anonymous tips and alert the proper authorities.