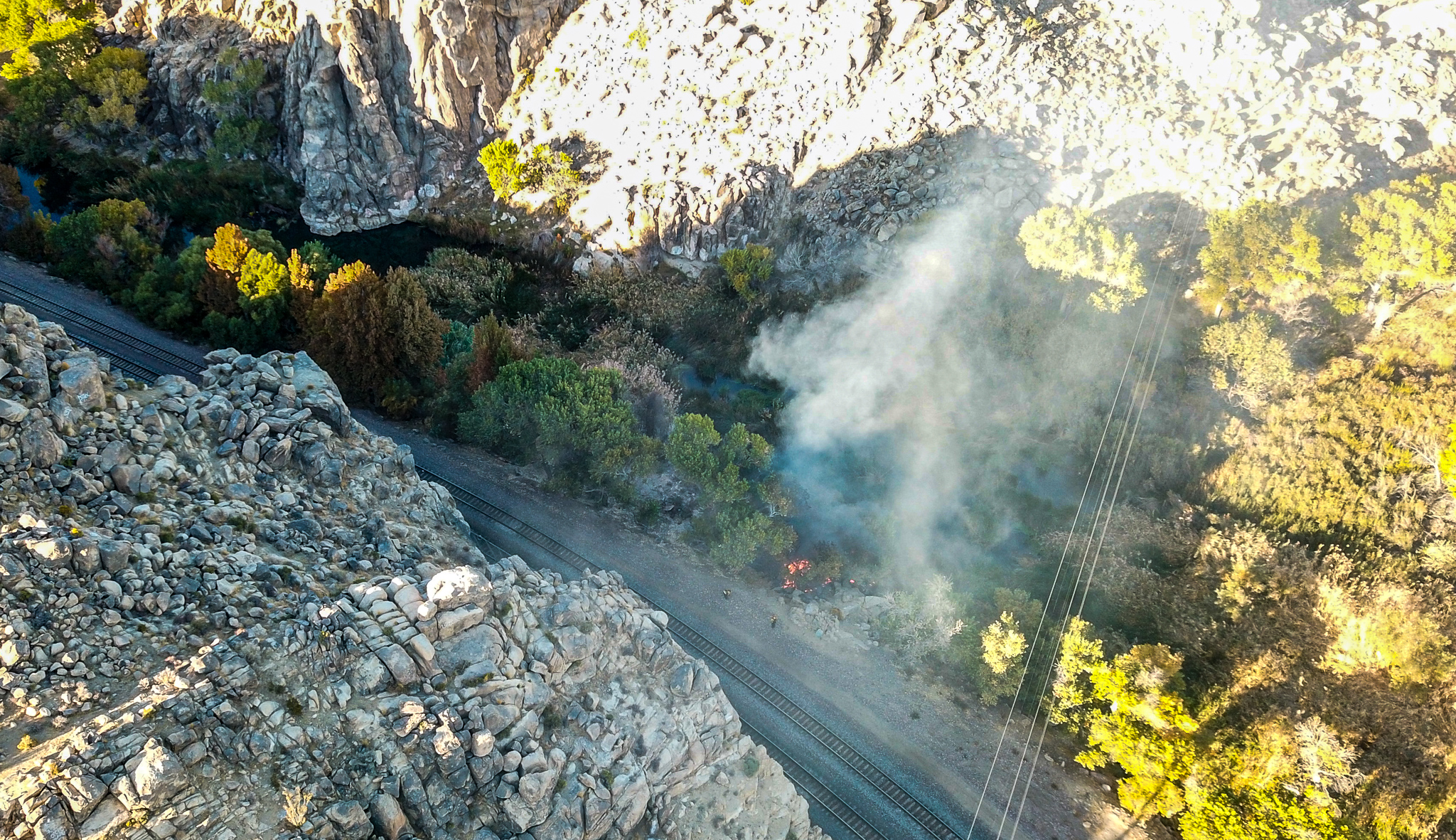 At about 4:20 pm on Friday, October 25, 2019, Victorville City Fire responded to reports of black smoke showing near the Highway 18 bridge.

Firefighters had a difficult time accessing the fire that was burning in an isolated area surrounded by large trees and heavy brush.

A couple of firefighters hiked into the fire through a road along Kemper Campbell Ranch and along the tracks. Crews reported back to the incident command post to help determine a plan of attack on the fire.

BSNF trains were notified of the fire since it was so close to the tracks.

Firefighters were able to contain the fire and they cleared the scene shortly after 6:00 pm.

The cause of the fire is under investigation and no injuries were reported.