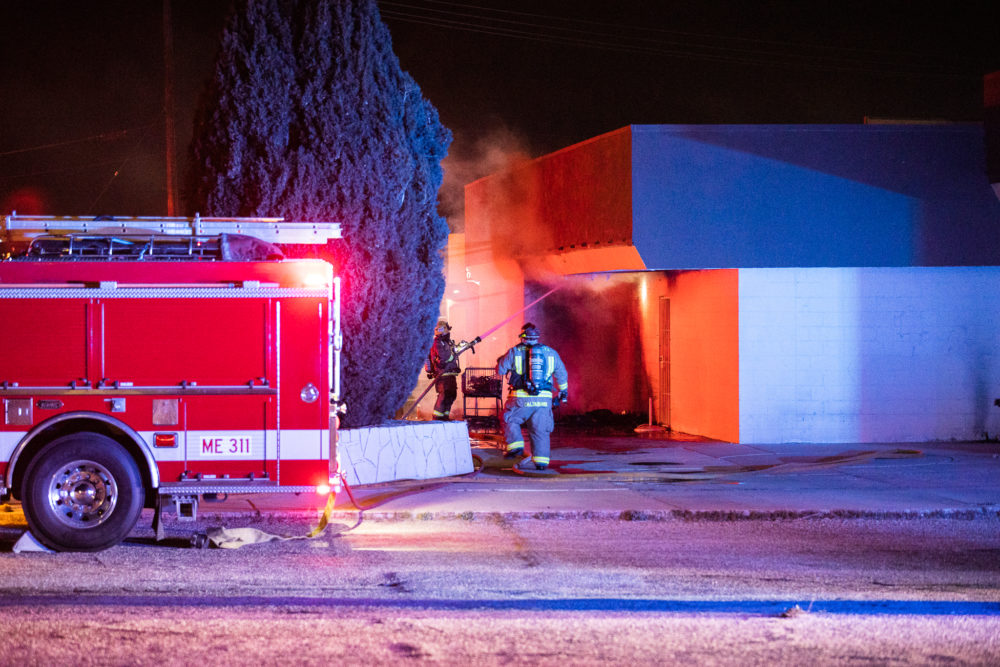 At about 8:21 pm, dispatch received reports of a large fire burning near Victor Street and Circle Drive, near 7th Street in Victorville.

Firefighters arrived and found heavy smoke and fire on the exterior of a vacant building. The fire spread into a small portion of the roof directly above the fire, prompting a commercial structure fire response.

Crews were able to get a quick handle on the fire and prevented it from spreading to the rest of the building.

A shopping cart and other burned personal belongings were near the corner of where the fire appeared to have started.

Shooting at Casa Bella Apartments in Victorville remains under investigation