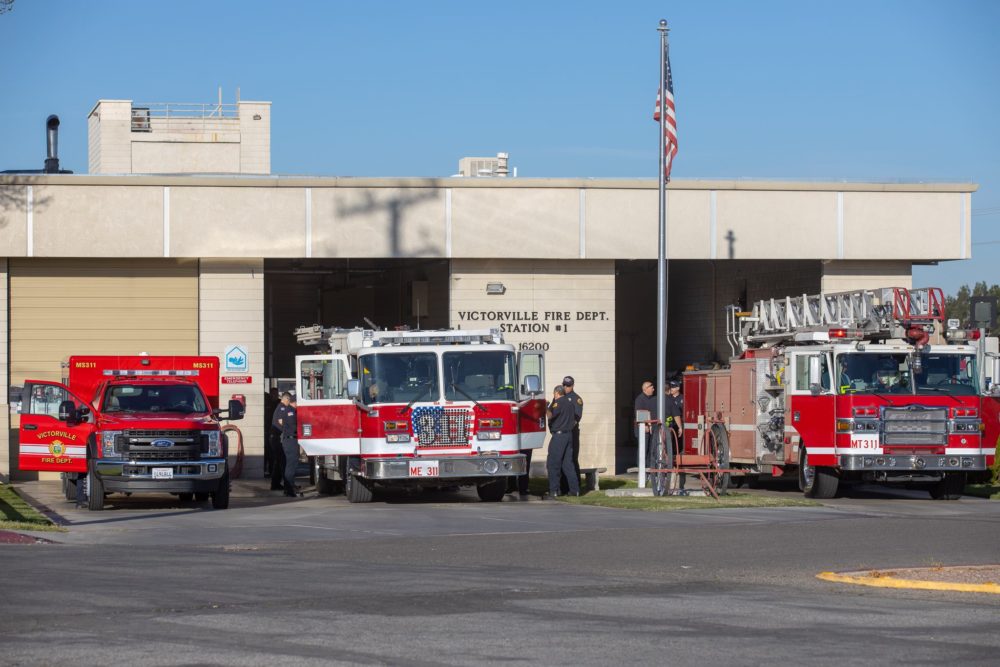 Training Captain Dyjuan Washington was promoted to the rank of Battalion Chief, and engineer Jordon Cope was named the department’s newest Fire Captain.

In October of 2018, Dyjuan Washington joined the Victorville Fire Department as a training captain after serving over 20 years in the United States Air Force.

“He is one of only 139 Fire Service Professionals in the United States to have received the recognition as a chief training officer by the Center of Public Safety Excellence,” stated Chief Greg Benson of Victorville Fire.

Washington, a resident of Victorville, was promoted to the rank of Battalion Chief in January. His fiancée accompanied him during the pinning ceremony.

The next person that was invited to stand in front of the Dias to partake in the pinning ceremony was Engineer Jordan Cope. He was accompanied by his wife.

A Victorville native, Jordan Cope joined the Victorville Fire Department in January of 2019 as an engineer.

“Captain Cope is a graduate of the Victor Valley College Fire Science Program where he earned his paramedic license and an associate’s degree in paramedicine. He has more than 15 years of experience and previously worked for the Apple Valley Fire Protection District and the Big Bear Hotshot Crew where he developed extensive experiences in wildland firefighting at a national level,” Chief Benson announced.

“Captain Cope is very active in our youth programs in our community, and he serves as an instructor at the Victor Valley College Fire Academy. He is providing valuable leadership and development for his fellow Victorville Fire Department personnel. Captain Cope and his family live in our local area,” Benson said.

In November of 2019, Cope was promoted to Captain.