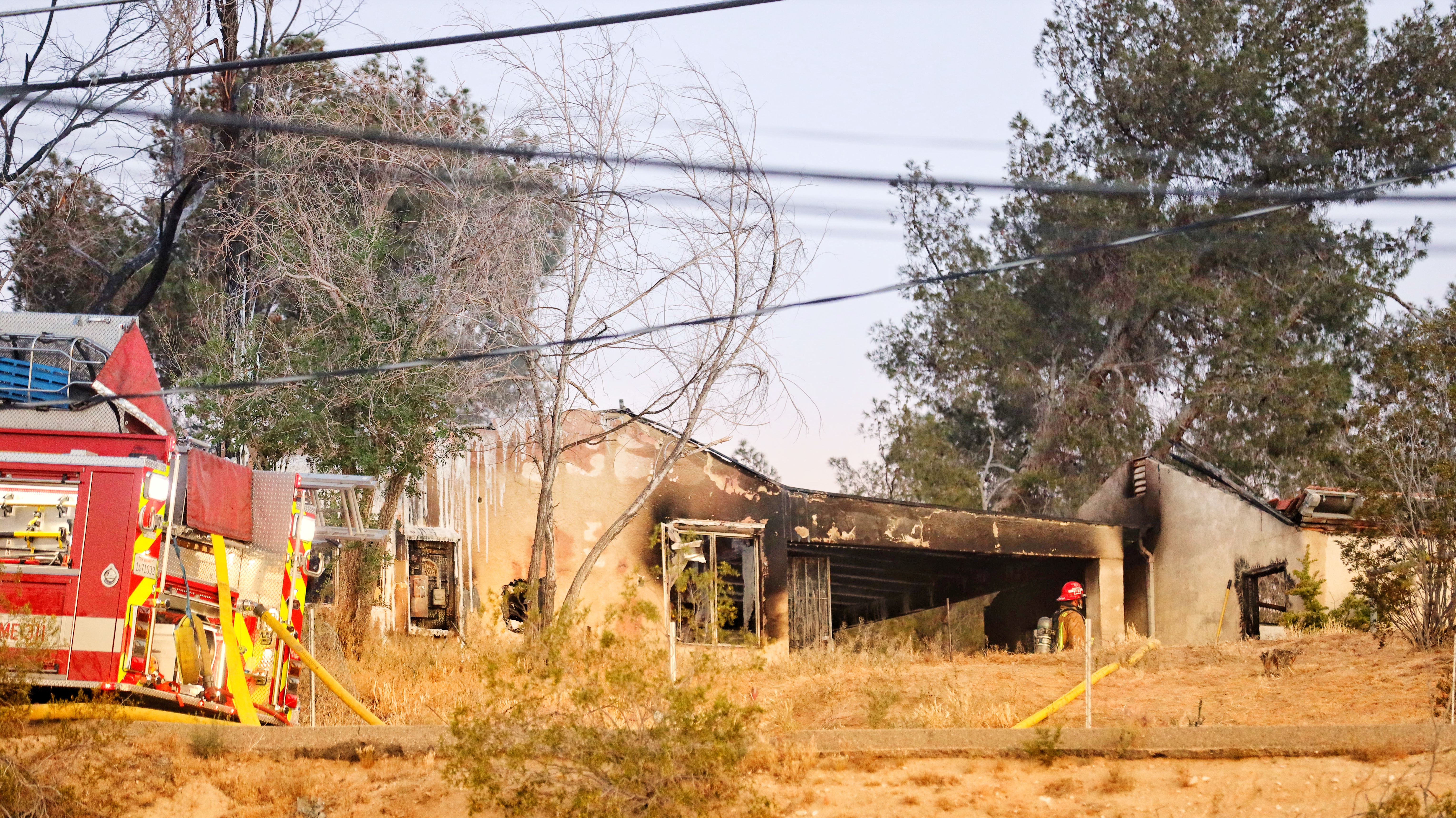 Firefighters responding to the incident reported seeing flames from a distance.

The structure was heavily damaged with the roof burned off. Crews controlled and extinguished the fire within about 45 minutes.

“Upon arrival, Victorville Fire units found a vacant home that was fully involved in fire with flames through the roof,” stated Victorville City Spokeswoman Sue Jones.

Jones said the response from Victorville Fire included 4 engines, 1 truck, 1 squad and 1 Battalion Chief responded to the incident. The VFD was assisted by units from Apple Valley, CalFire and the Sheriff’s Office.

Cause of the fire is under investigation at this time and no injuries were reported.