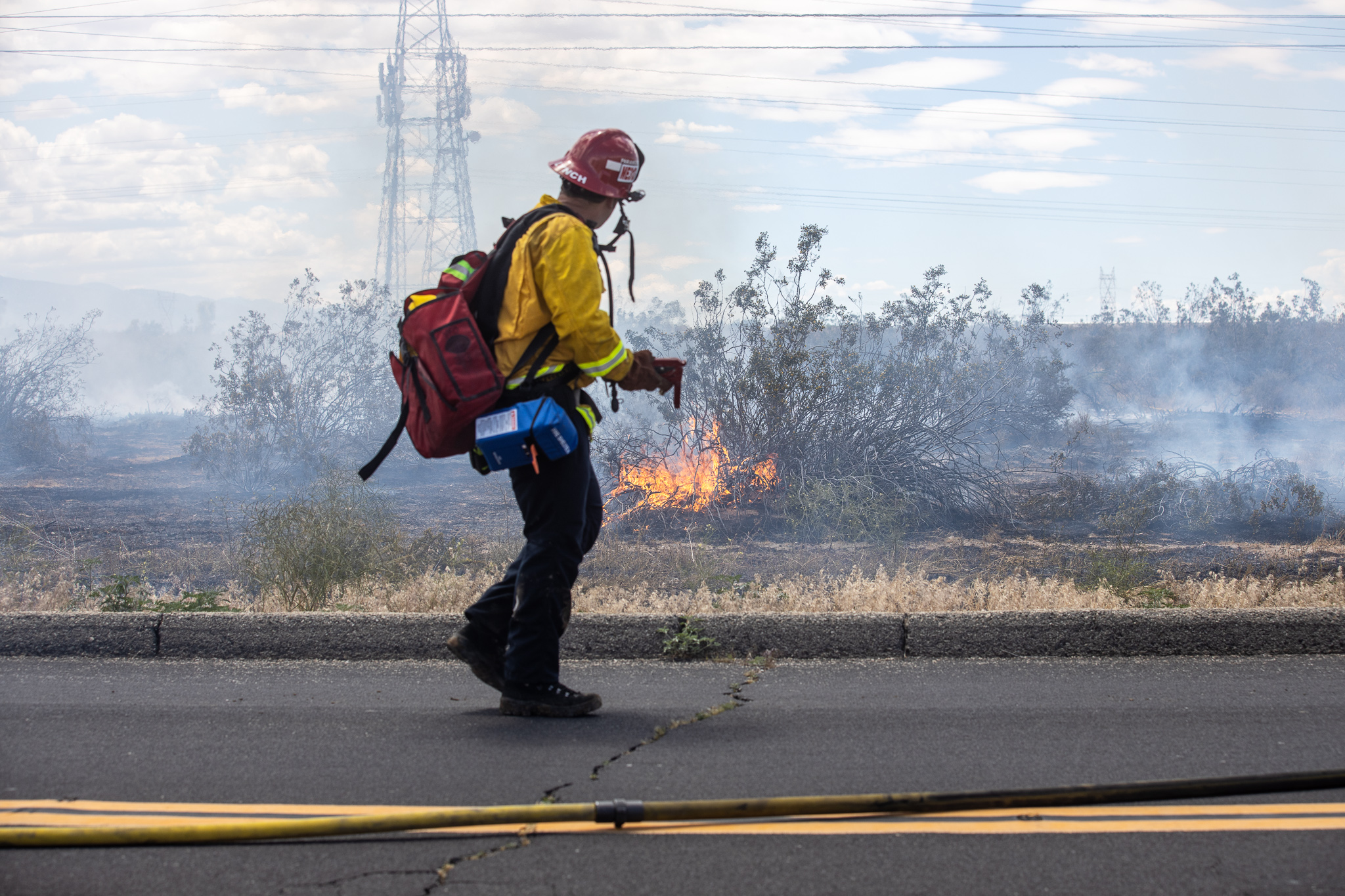 VICTORVILLE, Calif. (VVNG.com) — The Victorville Fire Department was awarded over $35,000 in grant money for the purchase of new radios and specialized firefighting tools.

Since January 5, 2018, when City Council took action to re-establish a City-run Fire Department, eventually restarting its delivery of service to the Victorville community on March 30, 2019, the Department has applied for grants to help replace aging and missing equipment.

The larger of the two grants, the 2017 Department of Homeland Security San Bernardino County Pass-Through Grant in the amount of $25,676, was awarded to the Fire Department to purchase mobile radios for use in firefighting operations.

“The allocation of monies will be used to purchase 10 VHF radios to replace aging apparatus VHF radios which no longer meet the interoperability requirements under the state Master Mutual Aid agreement,” stated Fire Chief Greg Benson in a written communication to the council.

The Homeland Security Grant Program (HSGP) is one of three grant programs that constitute the Department of Homeland Security (DHS)/Federal Emergency Management Agency’s (FEMA’s) focus on enhancing the ability of state, local, tribal and territorial governments, as well as nonprofits, to prevent, protect against, respond to and recover from terrorist attacks, according to the government website.

The second grant awarded in the amount of $10,978.85 was from the California Fire Foundation (CFF) and Edison, International.

On October 15, 2019, the staff at the Victorville Fire Department applied for the grant for specialized firefighting tools and equipment needed for use on woodland fire incidents.

On January 16, 2020, Victorville Fire Department received notification from the Foundation of the grand award.

“These needed items were identified as absent from the Fire Department’s inventory after the transition from County Fire on March 30, 2019,” stated Chief Benson.

The Victorville City Council Members all voted to pass the motion to accept and authorize the grants for the purchase of the said items.

Related Topics:Victorville Fire Department
Up Next