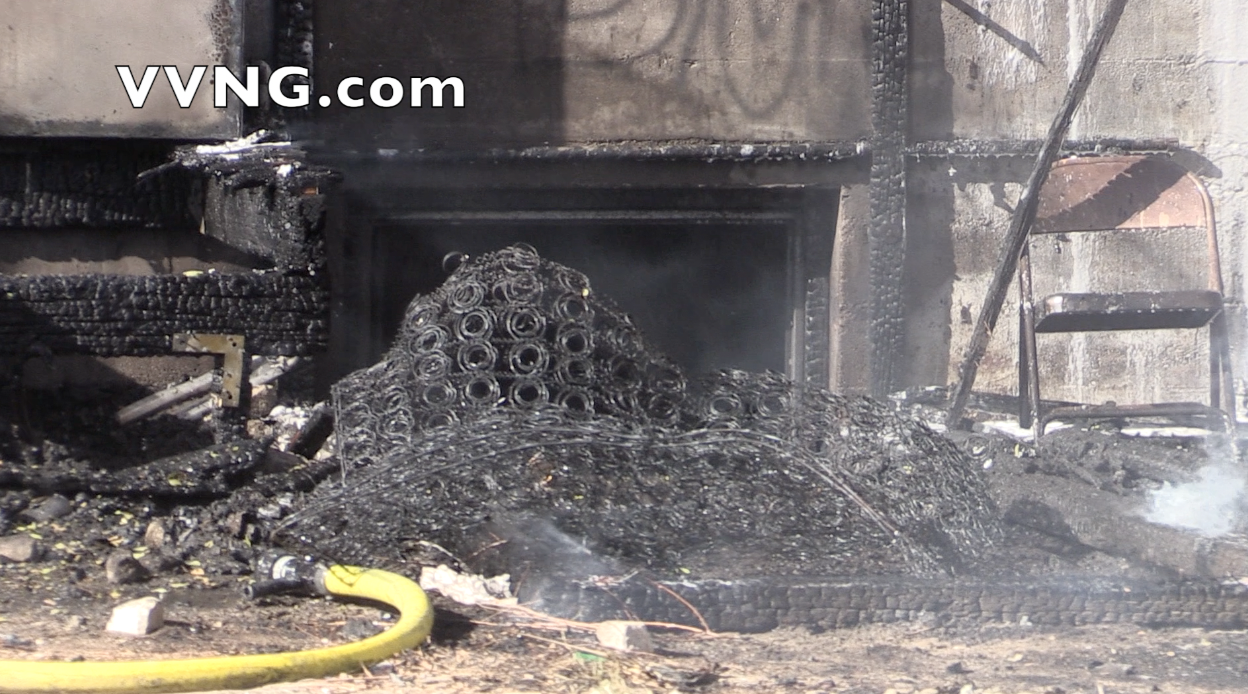 VICTORVILLE– (VVNG.com): Dispatch received a report of a fire on Saturday November 29th at at approximately 12:20 p.m. The fire was reported as a debris fire on 7th street and B Avenue on the 15500 block of 7th Street that was at the time threatening nearby structures.

The ferocious blaze grew rapidly as firefighters started to fight it, requesting additional units as back up. The San Bernardino Fire Department reported that two unoccupied structures were destroyed due to the fire and one occupied business business was damaged causing approximately $250,000 in damage.

Upon investigation it was determined that the fire was caused by two homeless individuals involved in an altercation leading one to start the bed of the other on fire behind an unoccupied theater. Winds then caused the fire to push into the buildings the bed was laying behind causing the fire to spread.

A temporary shutdown was required on 7th street between B Street and C Street in order for the fire to be fully extinguished, for clean up and to stabilize the burnt structures. No injuries were reported as a result of this fire.

The fire is currently under investigation at this time, anyone with Information are asked to call We-Tip at 800-47-ARSON.