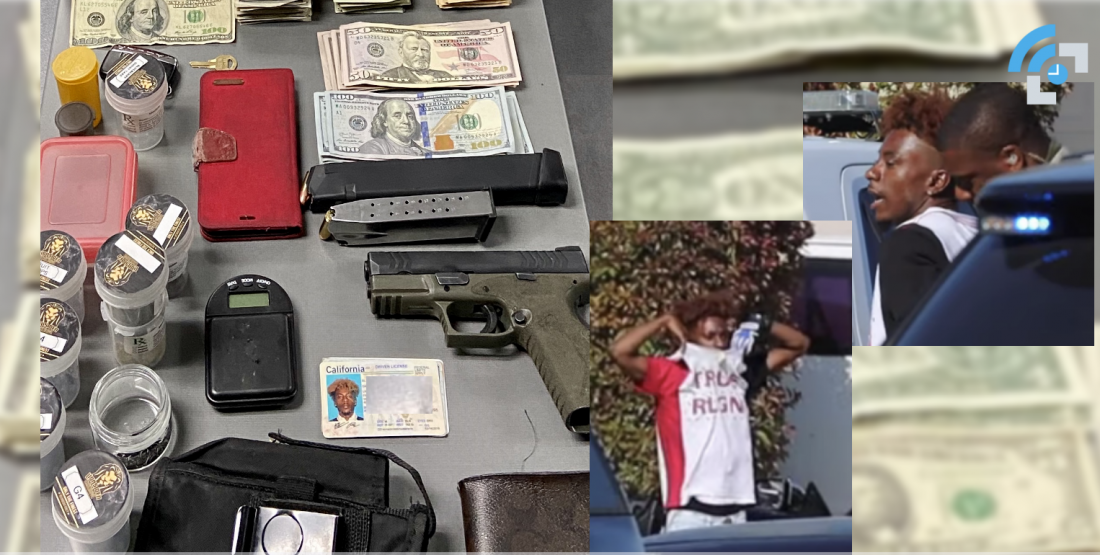 VICTORVILLE, Calif. (VVNG.com) — A convicted felon recently released from jail due to the state’s $0 bail policy was arrested again on an unrelated charge and is no longer in custody after posting bail.

The suspect, David Deon Porter, 24, a resident of Victorville, was taken into custody on the morning of April 29, 2020, as a result of an on-going investigation, officials said.

Just before 8:00 am, deputies from the Gang Enforcement Division served a search warrant at his residence in the 14300 block of Borego Road and located Porter nearby.

According to a sheriff’s news release, “while conducting the search, deputies found a semi-automatic handgun that had been reported stolen in Kingman, Arizona, a high capacity magazine for the handgun, marijuana, paraphernalia consistent with the sales of marijuana, and a large amount of cash.”

At the time of the search, Porter was out of custody on bail for two other cases. In the most recent case, on April 21, 2020, VVNG reported on his arrest following a pursuit in a 2014 Jaguar that ended in a residential neighborhood, officials said.

Porter was booked and within hours released in compliance with the statewide Emergency Bail Schedule, officials said.

Related Topics:David Deon Portervictorville
Up Next