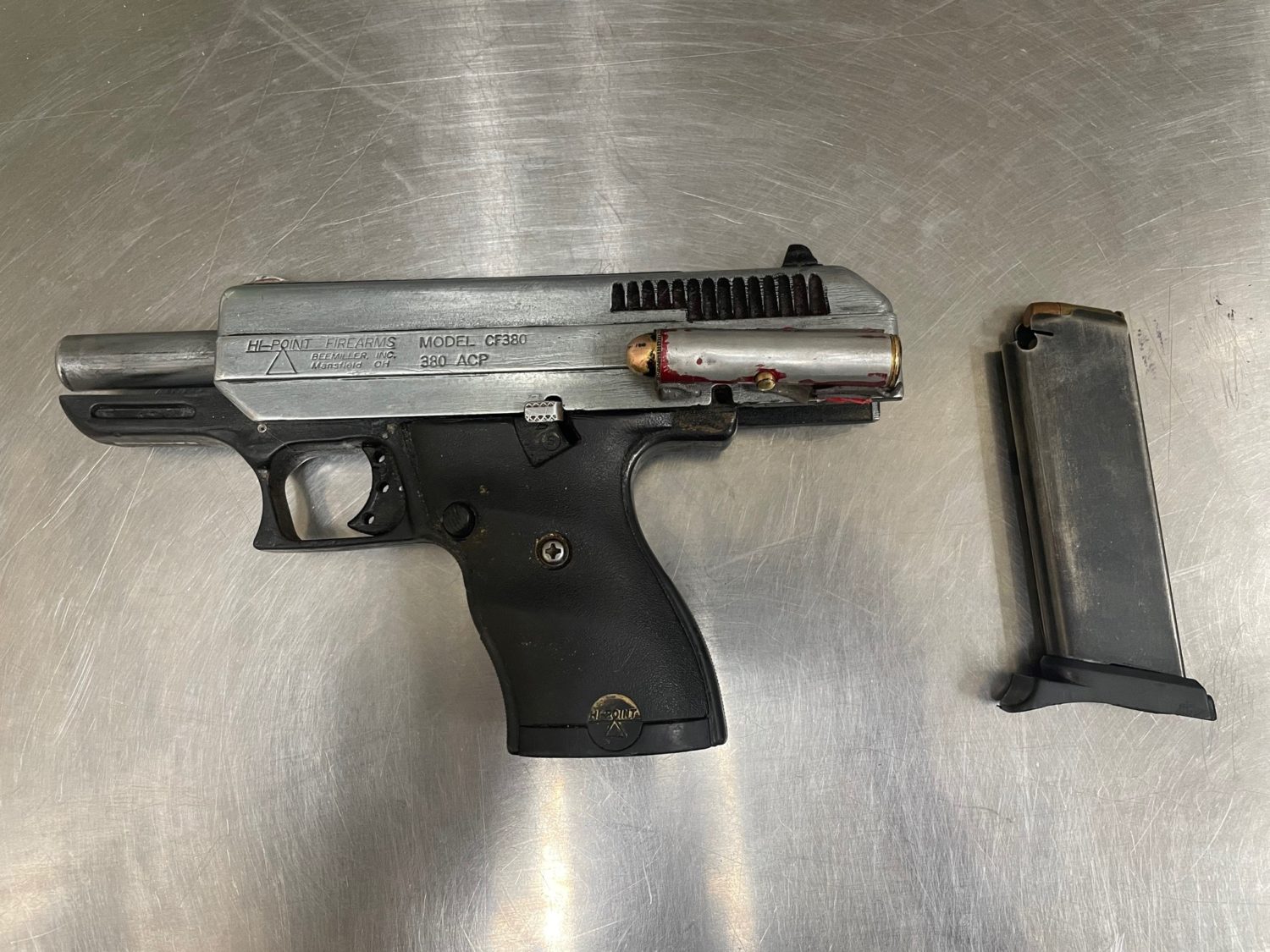 VICTORVILLE, Calif. (VVNG.com) — A previously convicted felon from Victorville was arrested at a jail facility after he was found to be in possession of a loaded firearm, officials said.

On Thursday, April 29, 2021, at 1130 a.m. a deputy from West Valley Detention Center located in the 9500 block of Etiwanda Avenue in Rancho Cucamonga contacted a subject, later identified as Louie Steve Colin, a 44-year-old transient.

“Colin claimed to have an appointment to visit a girlfriend and provided false identifying information,” stated a sheriff’s news release.

Through the investigation, Colin’s true identity was discovered, and was found to be on state parole along with a warrant for his arrest.

During a search of Colin’s vehicle, a glass pipe and loaded Hi-Point Firearms 380cal ACP firearm with laser were discovered.

Colin was placed under arrested and booked into the West Valley Detention Center.

Suspect in stolen vehicle arrested after pursuit in Victorville