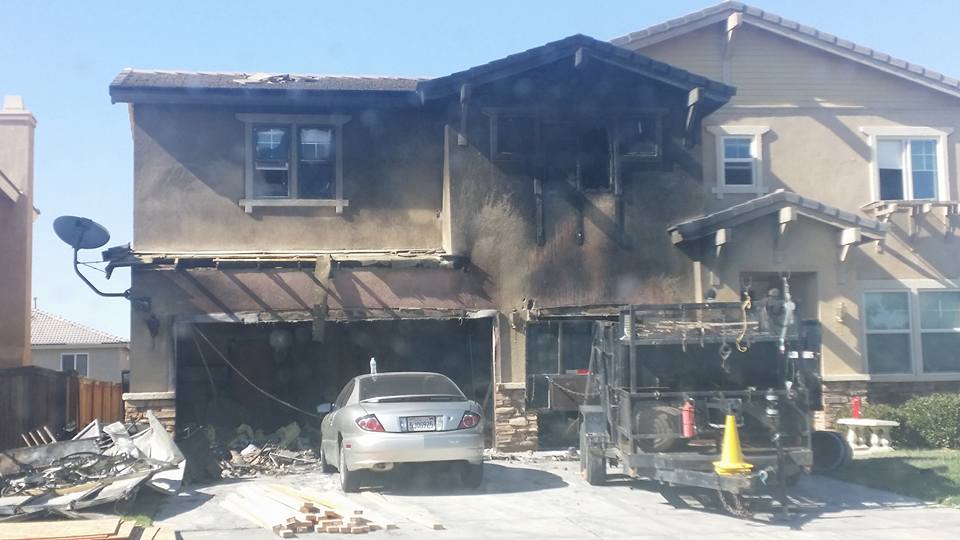 VICTORVILLE-(VVNG.com): The cause of an early Monday morning blaze that left the home of a family of ten uninhabitable is still under investigation.

Dispatch received multiple reports on Monday, August 17, 2015 just before 7:50 a.m. of smoke in the area just north-west of Dos Palmas Road and Highway 395.

At about 8:00 a.m. firefighters arrived to the home, on the 11800 block of Grotto Hills Lane. Upon arrival, they witnessed heavy smoke and fire showing from the garage of the two-story single family home.

Firefighters were able to extinguishing the fire about 15 minutes later. The American Red Cross was called to assist the eight children and two adults. There were no injuries reported as a result of the fire.

At this time the official cause of the fire is unknown. No official word on the total cost of damages was available.