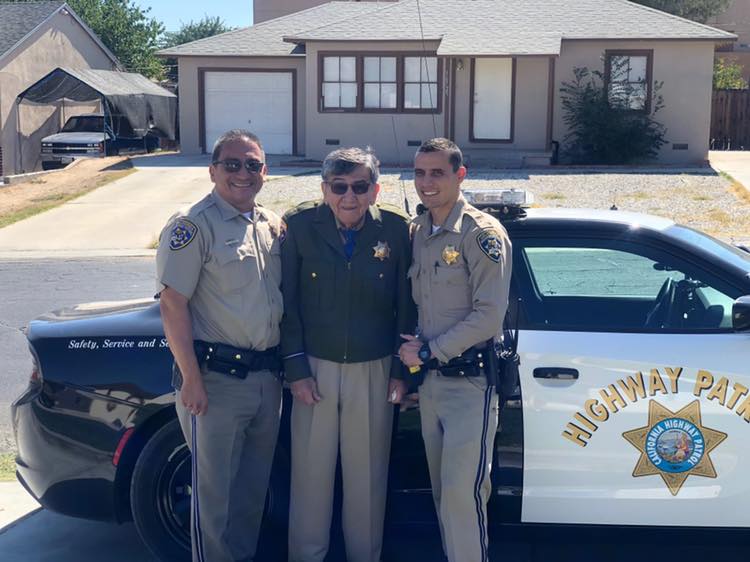 VICTORVILLE, Calif. (VVNG.com) — Officer Leo Lopez II is the third generation of men in his family to join the California Highway Patrol.

According to the post, Victorville Officer Leonides Lopez joined the CHP in 1966 and retired in 1993 after 27 years of service.

His son, Inland Division Commercial Officer Leo Lopez joined the CHP in 1989 and will be retiring in 22 days after 30 years of service.

Officer Leo Lopez II joined the CHP in 2017 and is currently assigned to the Westminster Area office.

On October 9, 2019, was Leo Sr. And Leo II’s chance to be car partners before his retirement.

“Leonides is the reason my husband became a CHP Officer 26 years ago. He saw his patrol car parked in their driveway when he walked to school in the mornings,” stated commenter Cristi Ramos.

Michael Guevarra said, “Protecting the Streets and Highways since 1966. Thank you, Lopez Family for your Service.”

Officer Lopez, Sr. thank you for 27 years of your loyalty and devotion to protecting the communities and people in harms way. You raised two fine sons to be proud of and are following in your footsteps. God Bless You and your sons,” commented Arelene Mandel.