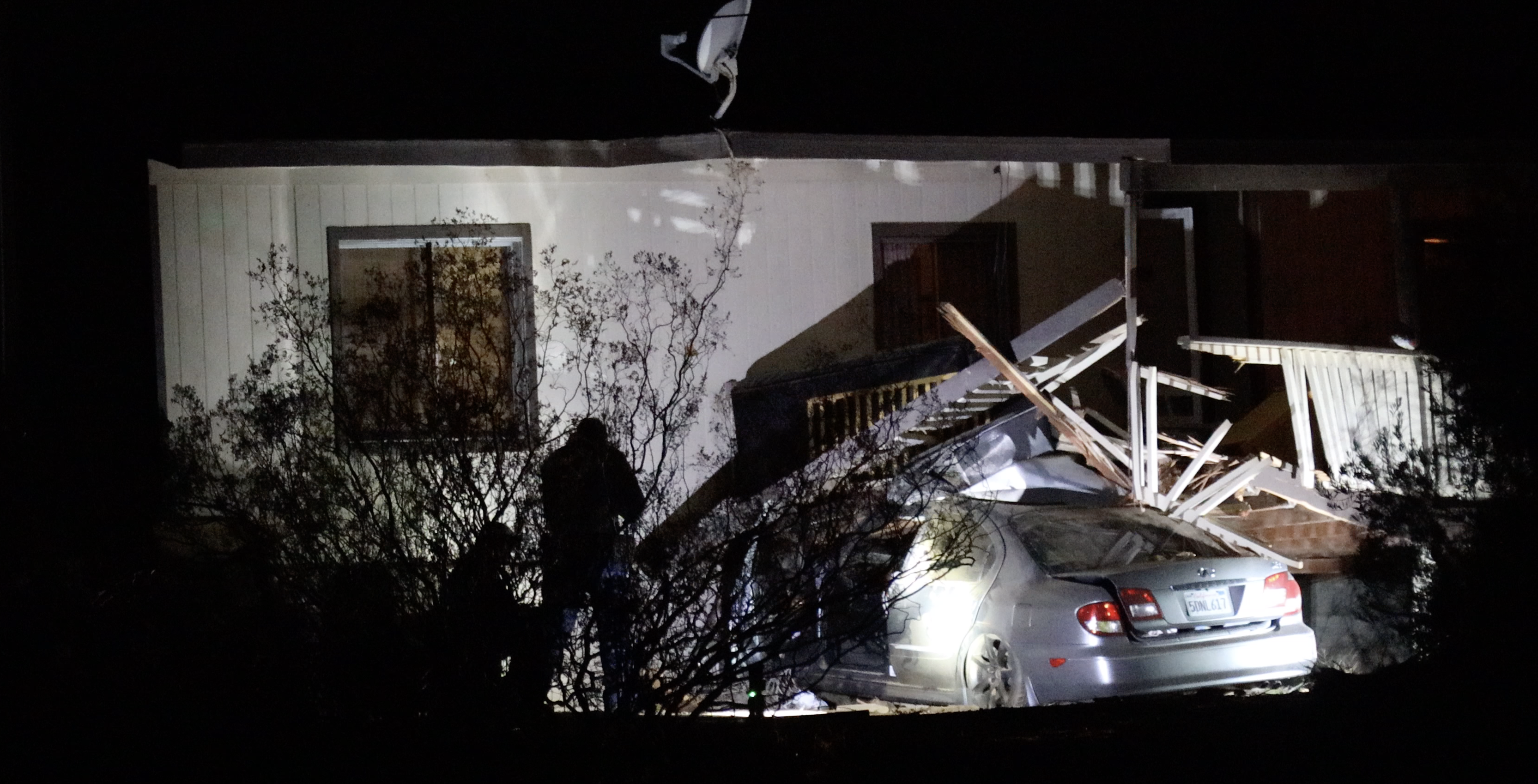 UPDATE 1/7/19 @ — The driver of the vehicle was identified as Joseph Arthur Acosta, 34, of San Fernando. Officials confirmed he was arrested on suspicion of driving under the influence and causing great bodily injury.

VICTORVILLE, Calif. (VVNG.com) — A family of five was displaced after a vehicle crashed into their home on Sunday night.

It happened at about 9:15 when 911 dispatch received reports of a vehicle into a house with extrication in the 9600 block of Duncan Road.

First responders arrived on scene and found the vehicle, a 2003 Infiniti lodged inside a double-wide mobile home.

The driver of the vehicle had self-extricated and a female passenger remained trapped and required extrication.

Due to her injuries, firefighters with San Bernardino County Fire requested helicopter H325 to land at Baldy Mesa Middle School.

The woman was transported by ground ambulance to the soccer field at the school and subsequently airlifted to Antelope Valley Hospital with unknown injuries.

A representative with the American Red Cross was notified to respond and assist two adults and three children that were displaced from their home. Officials confirmed the family was inside their home at the time of the crash and none of them were injured.

Building & Safety was also requested to respond to check the integrity of the structure.

At this time its unknown if drugs or alcohol were a factor in the crash.

The California Highway Patrol Victorville Office is handling the investigating into the incident.