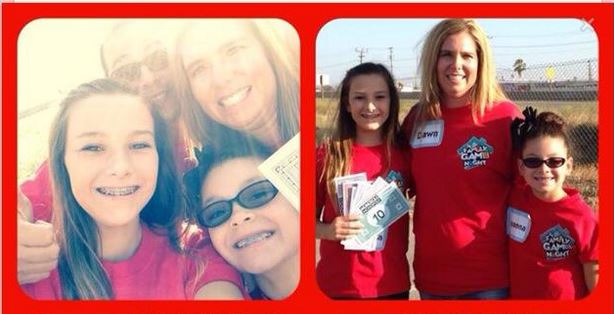 (VVNG.com)- A local Victorville family has received the opportunity to compete on a game show called “Family Game Night” and they are hoping to win big.  The Fernandez family,  Albert Fernandez, 37 , Dawn Fernandez, 37,  Marissa Fernandez, 13 and Bryanna Fernandez, 9 received tickets for the show and attended the Saturday afternoon taping.

The family went through an interview process and Bryanna and Dawn were chosen to participate in the game of Battleship. They won Battleship and have since moved on to the final round to compete for the chance to win cash and a car. The prizes for this round consist of a paddle board with paddles ($565 value), a pirate show in Buena Park party for 10 ($600 value) and $700 cash.

The show will air Sunday, August 10 at 4 p.m. on the Hub Channel. Victor Valley News would like to wish the Fernandez family the best of luck!

“Sweetheart” A Celebration of a Life Well Lived