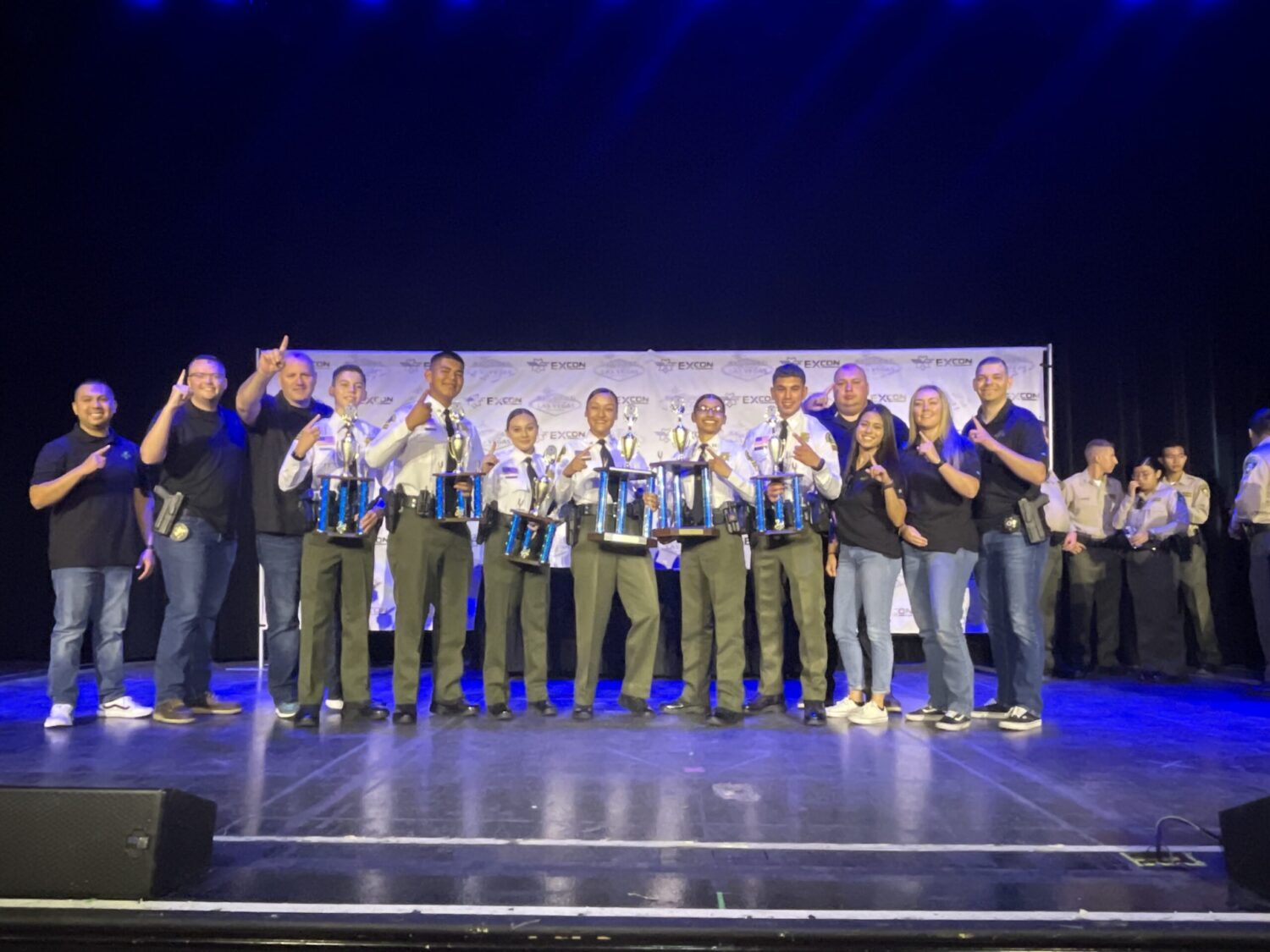 LAS VEGAS, Calif. (VVNG.com) — Victorville’s Explorer Post 502 brought home the gold after competing against other posts from around the nation and placing 1st place at the 2022 Las Vegas ExCon Explorer competition.

On June 11, 2022, Law Enforcement Explorer teams as far as New York and Florida competed in the competition.

The explorer posts were required to respond to various scenarios that mirror what Law Enforcement officers from around the country respond to daily. Each scenario was evaluated by several officers with the Las Vegas Metropolitan Police Department.

Explorers from around the country competed in the following scenarios:

Victorville Explorer Post 502 and their Advisors have been training and preparing for the competition for months leading up to the competition. Every Monday and Wednesday the explorers would train for 5-6 hours on various scenarios.

Out of 26 teams the Victorville Explorer Post 502 placed 1st overall based on an overall score from each scenario.

They also placed in the following events:

Each scenario is evaluated based on their teamwork, decision-making, observation skills and recall skills, communication skills with suspects, victims, and dispatch, basic patrol tactics, general police procedures, use of contact and cover concepts, and overall officer safety techniques.

Victorville Deputy Curtis Bennington is amongst the group of deputies that have chosen to dedicate their time to the post-program and have become a mentor for many of the young kids.

‘I know the kids are proud, but I felt I needed to address how proud the sheriff’s department and their advisors are of them, all their hard work and dedication leading up to and at the Explorer Competition,” stated deputy sheriff Curtis Bennington.

Bennington said he never once heard the ‘kids’ complain about volunteer hours that were asked of them in order to train for the ExCon event. Some juggled school, graduations, and even being in the US Army Reserves they were ready and always there for training.

Bennington said that without the parents this program would not be successful and the parents play a large role in the success of Victorville Explorer Post 502.

“It’s not easy to be a cop right now. We see it on the news, we see cities defunding police departments, and daily we see cops from all over the country being murdered. But what I also see are my kids and kids from all over the country still chasing their goals and their dreams of becoming a cop and that speaks volumes about who they are. I am a firm believer that explorers and especially my kids will be positive future leaders within the Law Enforcement Community,” stated Bennington.

For more information on becoming an explorer for the San Bernardino County Sheriff’s Department visit the following link: Explorers