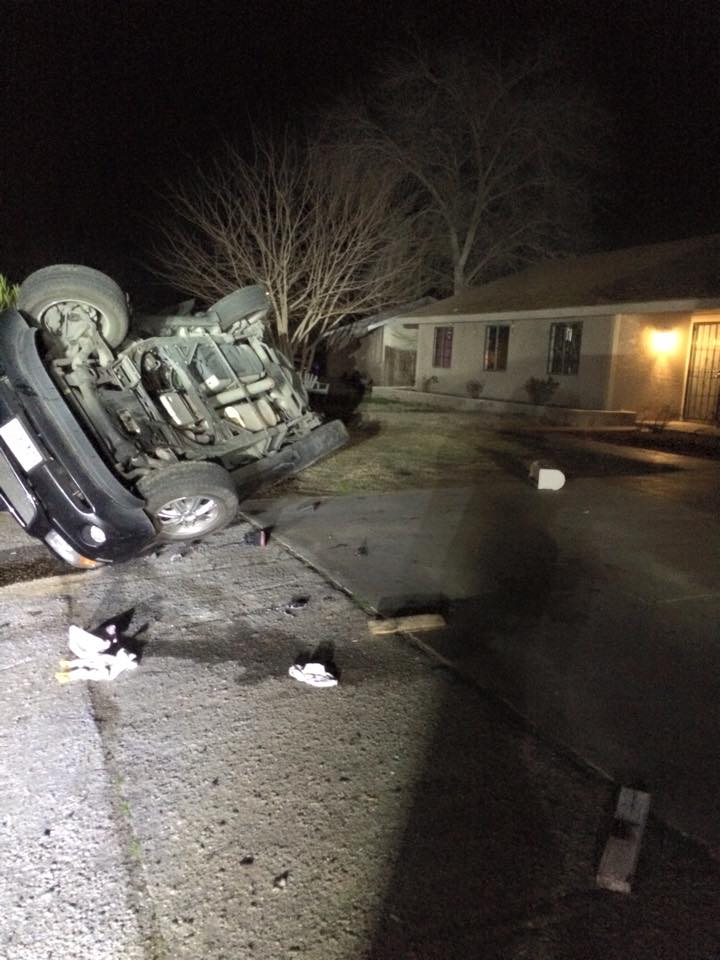 VICTORVILLE-(VVNG.com):  On February 1st at about 12:00 a.m. deputies were dispatched to the 12600 block of Galaxy for a dispute between a woman and her boyfriend, who had been living together for several months.

The boyfriend, later identified as James Rios, 29 drove off with the female in the vehicle refusing to let her out. When she finally got out, he went into reverse which caused the vehicle door to strike the victim knocking her to the ground.

Shortly after, in the 12600 block of Triple Tree Terrace, deputies were again dispatched to the same general area for a single vehicle rollover. The suspect exited the vehicle and fled the scene.

Deputies immediately realizing that the two calls were related went back to the area original property, where the suspect returned.

Rios was arrested for kidnapping, assault with a deadly weapon, domestic violence and misdemeanor hit-and-run. Rios was booked at the High Desert Detention Center and is being held in lieu of $250000 bail. His arraignment is set for February 3, 2015.