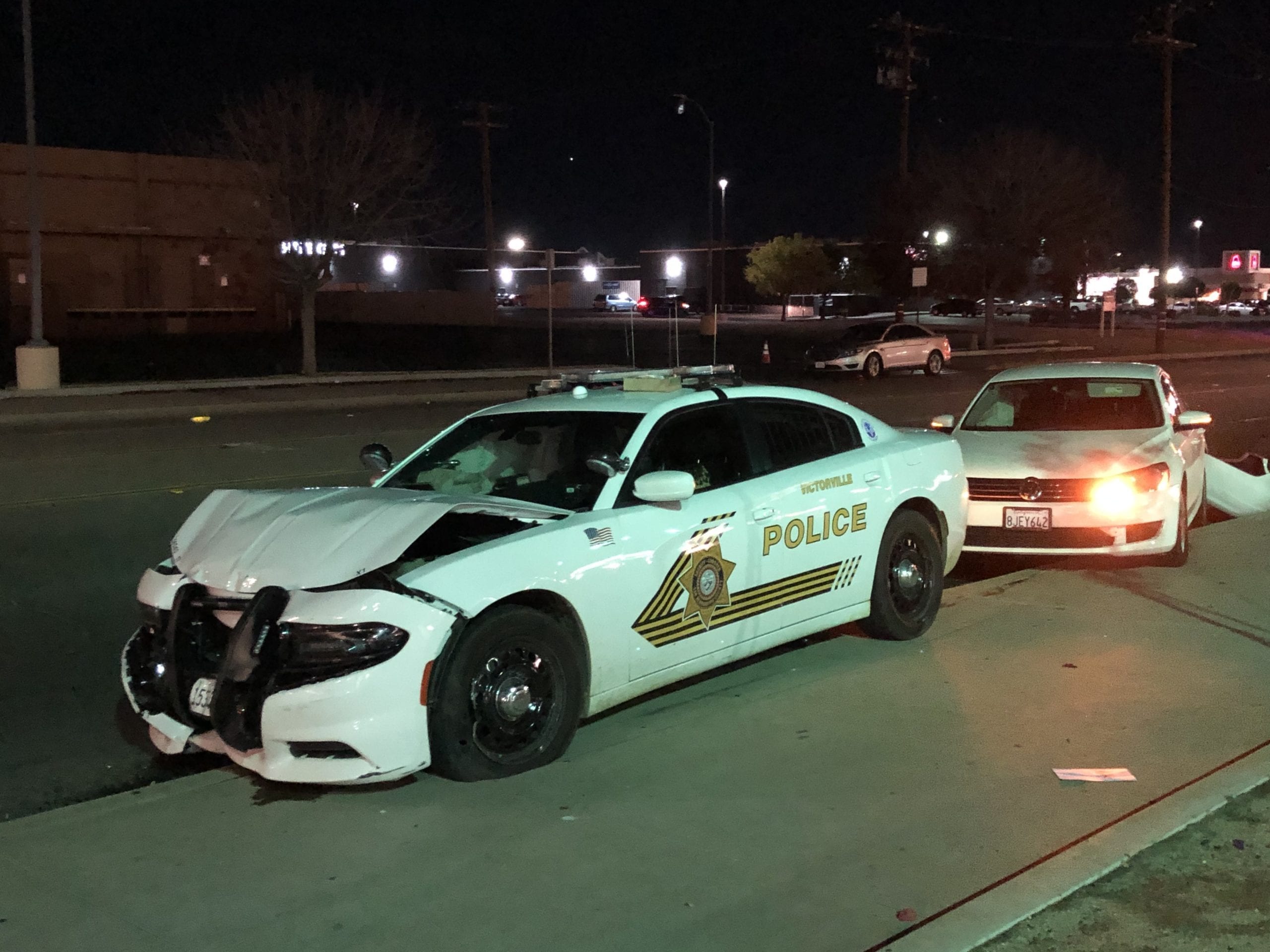 It happened at about 5:17 pm on La Paz Drive just east of 7th Street in Victorville.

Based on preliminary reports, the deputy was traveling eastbound on La Paz Drive when his patrol unit collided with a white sedan that was attempting to exit from the indoor swap meet parking lot.

Sheriff’s Spokeswoman Cindy Bachman told VVNG a driver and passenger from the vehicle were transported to a local hospital.

The deputy was not injured in the crash.

La Paz Drive is currently closed between 7th Street and Valley Center Drive as officials conduct their investigation into the cause of the crash.