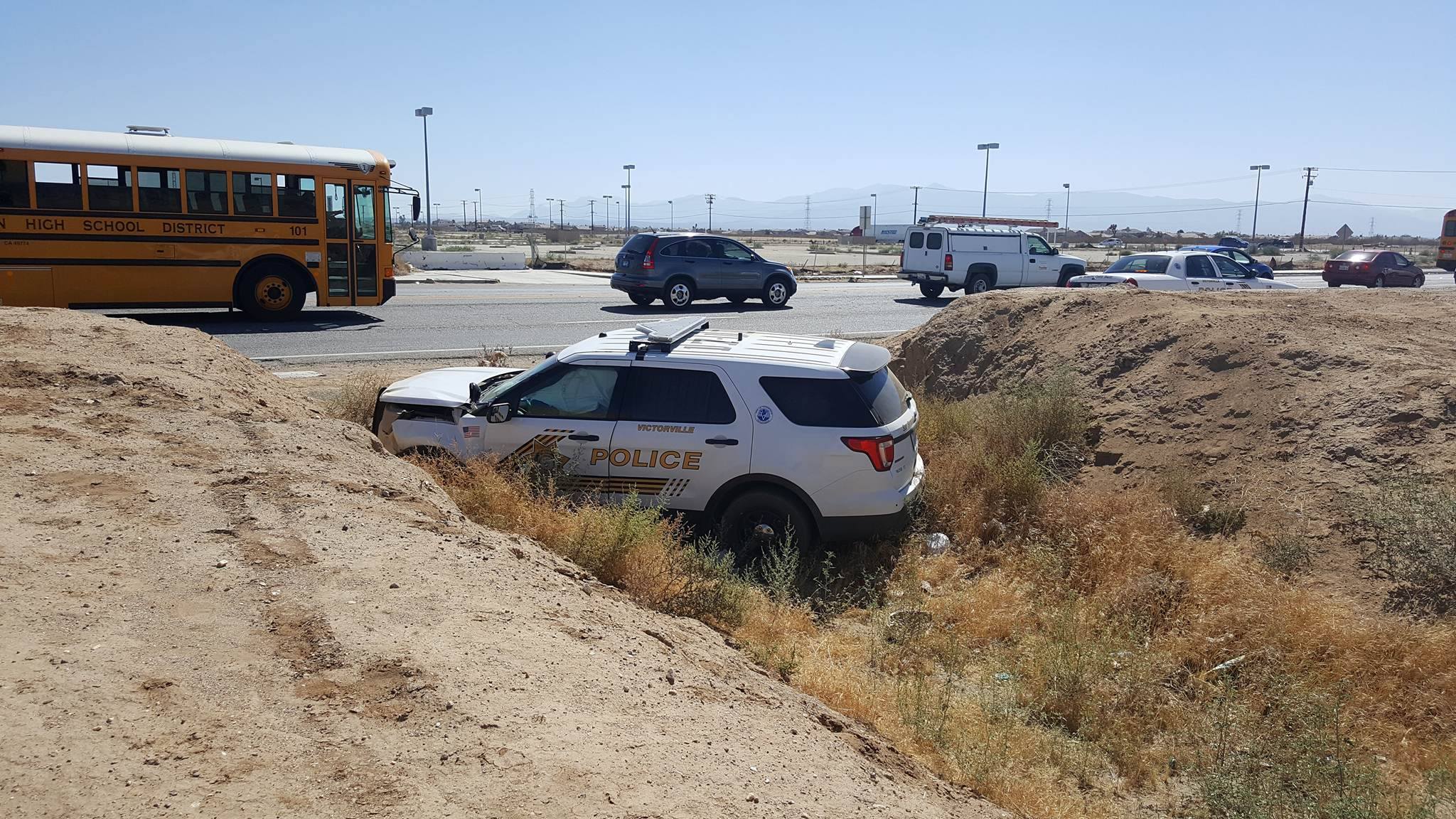 On Tuesday, September 6, 2016, at 2:03 p.m. a Victorville deputy in a patrol unit attempting to catch up with a traffic violator when she crashed in a drainage ditch.

The patrol unit came to rest lodged in a ditch along Mojave Drive on the east side of Highway 395.

Sheriff’s spokeswoman Mara Rodriguez said, the female deputy had minor injuries and was taken to a local hospital to be evaluated, as a precaution.

Details on the other involved vehicle were not immediately known. More information will be updated as it becomes available.

For the latest news in real-time join our Facebook group with over 76,000 members: Victor Valley News

Shakey’s Pizza Parlor is Coming to the Victor Valley