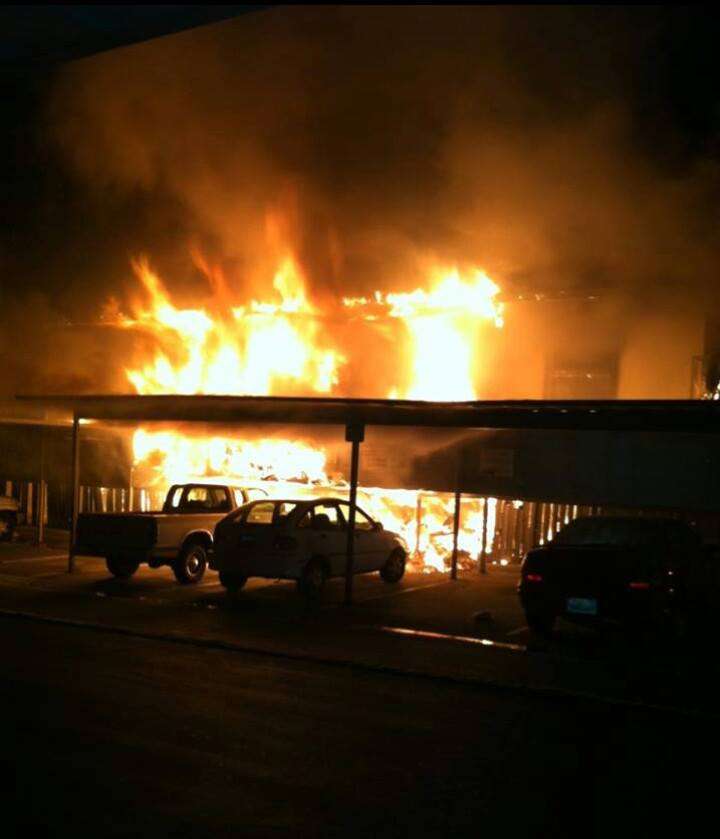 VICTORVILLE — “A Victorville deputy ran into a raging apartment fire to rescue two women and three children early this morning, officials said.
“The deputy saw the child’s hand pounding on the (window) of the apartment and made the decision to go inside and look for her,” said Sgt. Ken Lutz of the San Bernardino County Sheriff’s Victorville station.

No one was seriously injured, according to authorities. 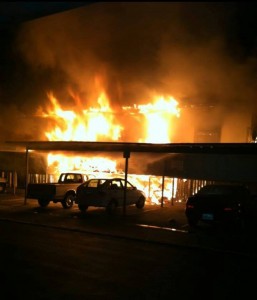 The fire broke out shortly after 2 a.m. in the 14200 block of Rodeo Drive in Victorville.

Residents who managed to escape told deputies there were still people trapped inside one of the eight units of the complex, Lutz stated.

Deputy Arturo Ramirez could hear screaming from one of the units and ran into the burning building, officials said. Ramirez found two women holding two small children and he was able to safely escort them out of the apartment, Lutz said.

The frightened women told Ramirez there was still a small child in a back bedroom. When Ramirez saw the child pounding on the window, he ran back into the smoke-filled apartment until he found the child and brought the girl to safety, authorities reported.

One of the children rescued by Ramirez had just celebrated her 11th birthday Friday, San Bernardino County Fire officials said.

Firefighters used a ladder to rescue a man from the second floor of the building, officials said. He was not seriously injured.

Firefighters were able to control and extinguish the fire, but several vehicles and apartment units were destroyed.
The fire displaced eight families.

The fire took about an hour to bring under control and caused approximately $500,000 in damages. The cause of the blaze is under investigation.”

Man Arrested For Intent to Commit Sexual Offense With a Minor