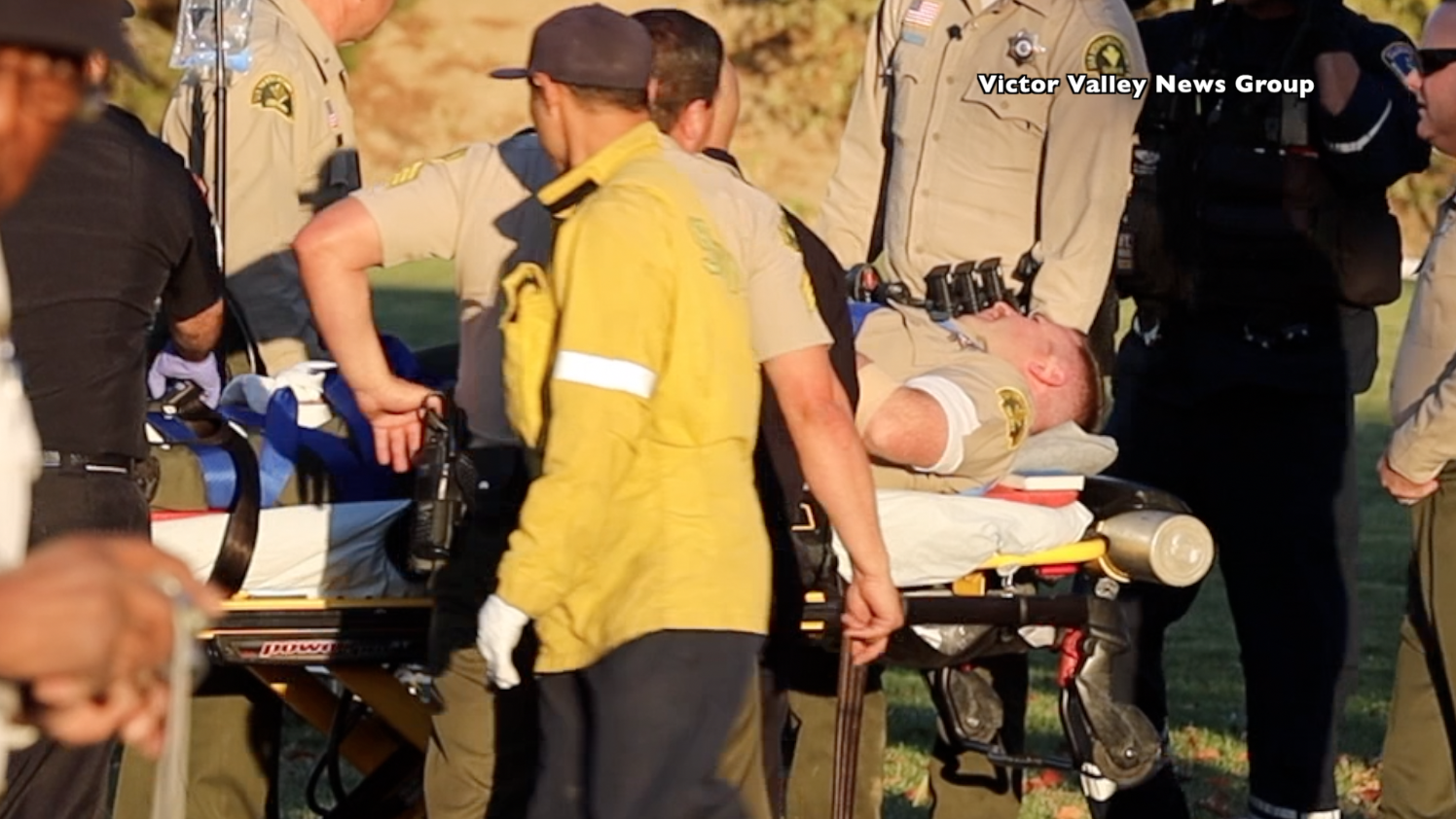 VICTORVILLE, Calif. (VVNG.com) — A Victorville Sheriff’s Deputy was airlifted to a trauma center after sustaining an injury during a foot pursuit Tuesday afternoon.

On November 20, 2018, at about 3:20 p.m.,  deputies from the Victorville Police Department attempted to make a traffic stop on a 2003 Infinity, near the intersection on 7thStreet and Lorene Drive, officials said

“The vehicle pursuit continued down 7thStreet to the area of E Street. Once Flanagan stopped the vehicle, he fled on foot and was chased by deputies. He was taken into custody a short distance away. The passenger, Laura Shavon O’Connell [38-year old Apple Valley Resident], got into the driver seat and traveled a short distance before being apprehended, Rodriguez said.

During the foot pursuit, one of the deputies suffered a serious injury to his knee. He was airlifted to a nearby trauma center for treatment, officials confirmed.

Officials on scene did say the suspect was later detained but did not indicate what initiated the pursuit.

Another Victorville Deputy was also injured and taken to a hospital earlier this afternoon following an unrelated crash on Nisqualli Road and 11th Avenue.