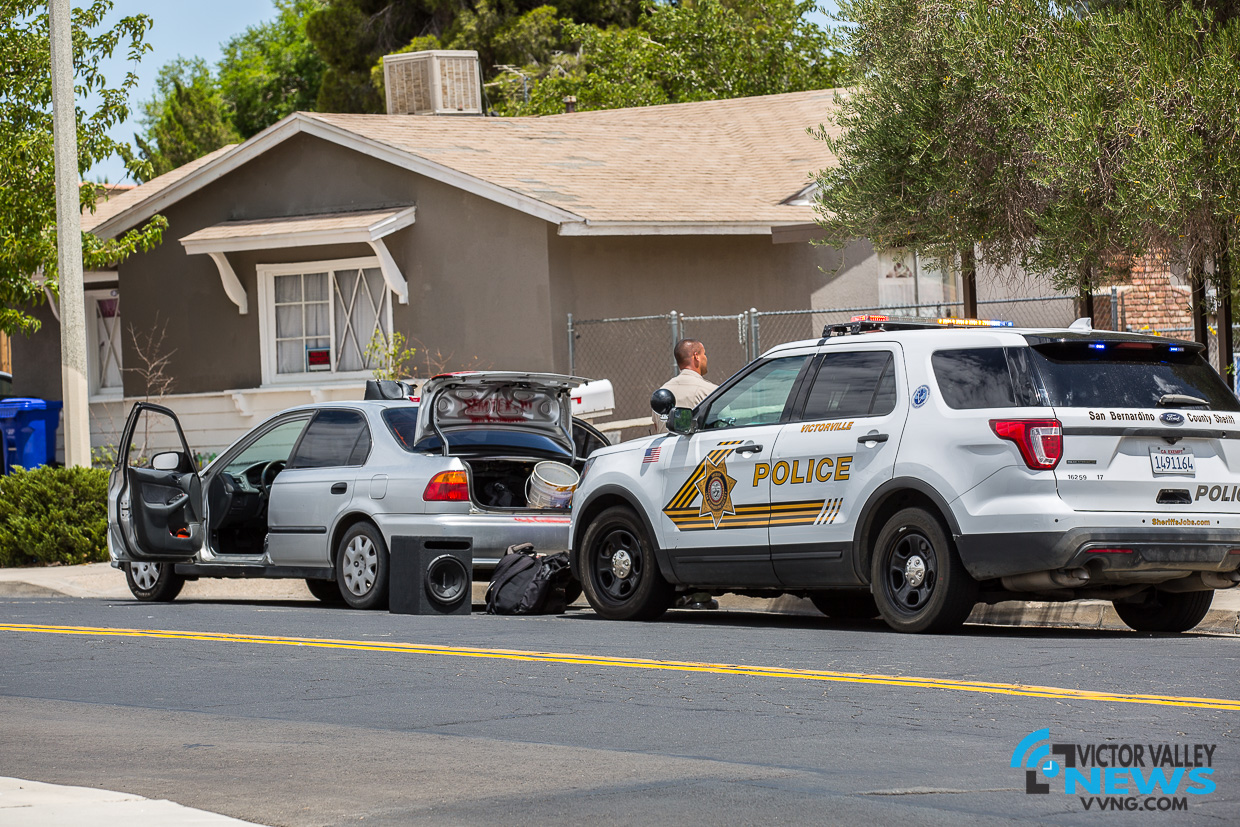 At about 1:30 pm, a deputy on patrol spotted a reported stolen vehicle traveling on Green Tree Blvd. The vehicle, a black 1997 Honda Civic occupied by a male driver turned down St. Andrews Drive and foot bailed from the vehicle.

According to sheriff’s officials at the scene, the suspect then jumped into an awaiting silver Honda with a female driver. Deputies performed a felony traffic stop near E. Sage Street and it was determined that vehicle was also a previously reported stolen vehicle, both suspects were taken into custody without incident.

The owner of the silver Honda arrived on scene and told Victor Valley News she reported her car stolen early Wednesday morning from her home just up the street. “I was so worried that I was going to be without a car or that it would be stripped. I’m so thankful the police were able to find it and now I’m getting it back,” stated the owner of the vehicle.

Sheriff’s officials have not provided any details on the suspects arrested in this incident. Additional information will be updated as it becomes available.