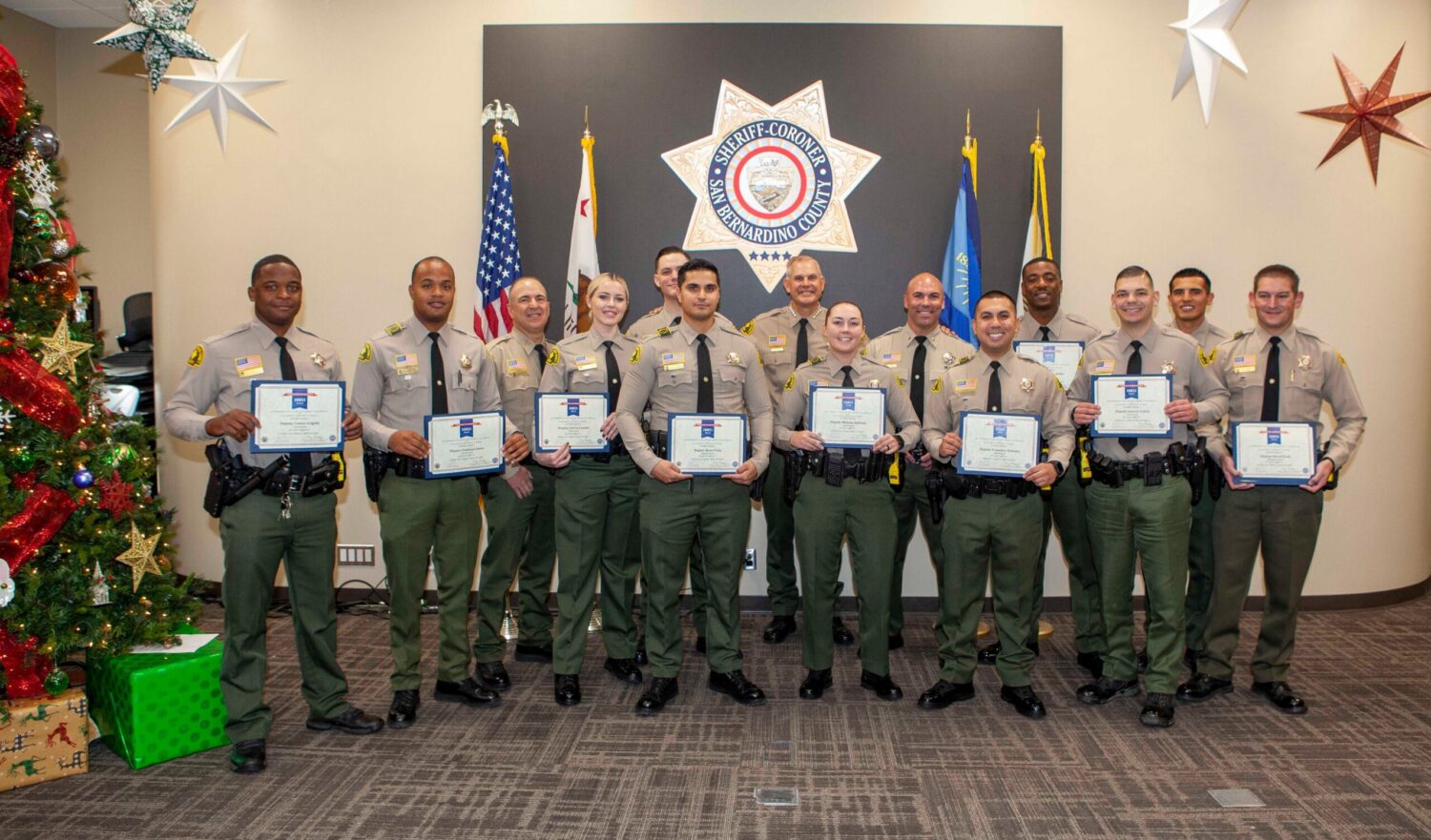 The California Highway Patrol (CHP) and the Southern California Automobile Club award 10851 pins to recognize officers’ superior efforts in the recovery of stolen vehicles and arrests for auto theft.

“10851” is the California Vehicle Code section which describes the criminal act of taking and/or driving a vehicle without the owner’s consent.

The CHP/AAA “10851” award is awarded to a Deputy assigned to patrol who, during a 12-month period, meets any of the following criteria;

To qualify, the Deputy must:

2. Recover a total of 12 stolen vehicles of which a minimum of three must be rolling (occupied by a suspect), or

3. Develop information resulting in the identification of a vehicle theft ring, subsequent arrest of two or more suspects, and the recovery of at least ten vehicles.

Since 1979, reducing the number of stolen vehicles has been a joint effort between the Sheriff’s Department, CHP, and the Automobile Club (AAA).