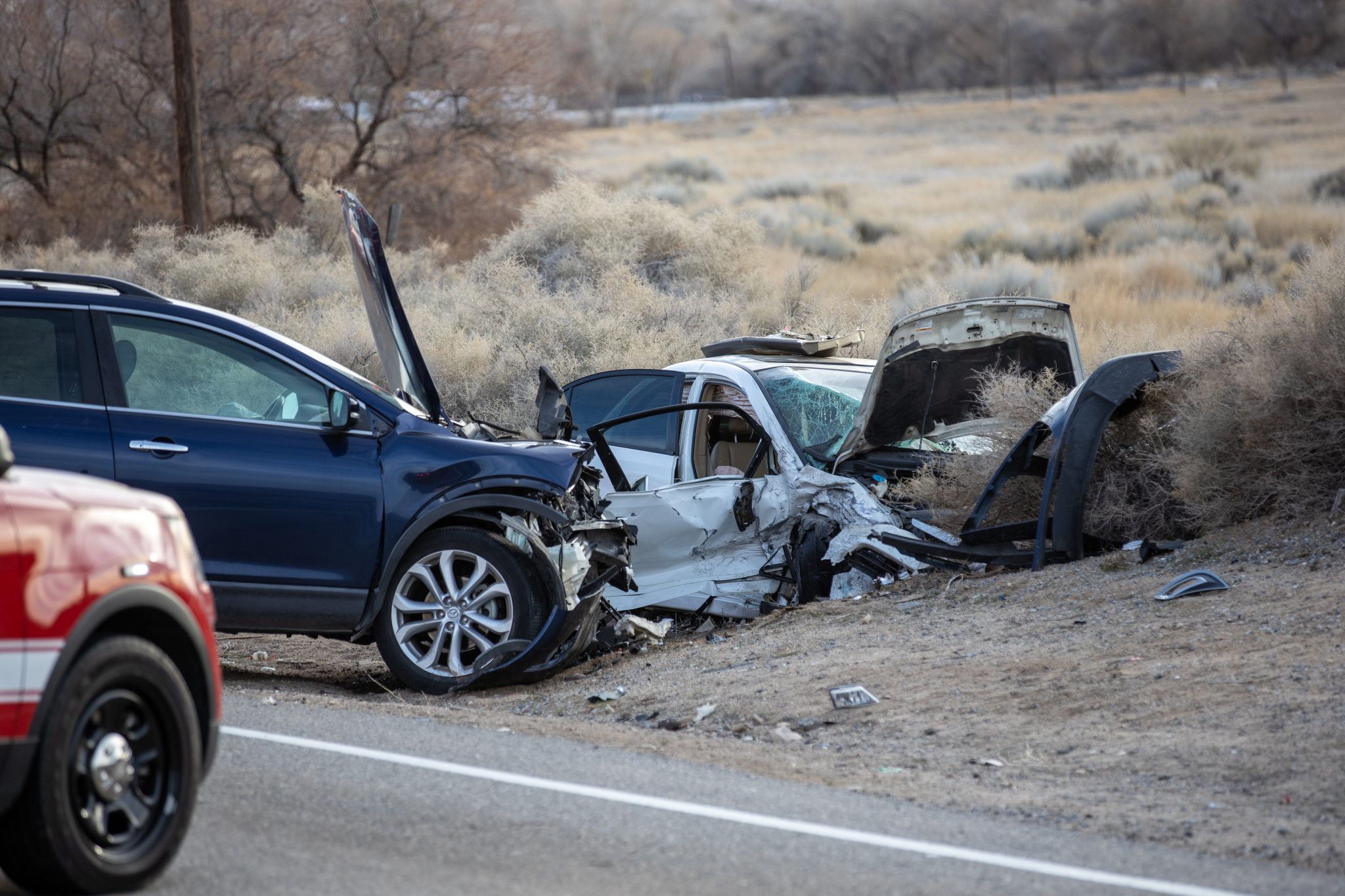 Emergency personnel responded to a two-vehicle traffic collision at about 3:00 pm on January 18, 2020, east of the KOA Kampground near the I-15 freeway.

When they arrived they located a white Honda Civic with major front end damage and a blue Mazda SUV on the shoulder of the roadway.

One person in the Honda was trapped and required extrication.

Victorville City Fire responded and determined they had a total of six patients between both vehicles and upgraded the response to a mass casualty incident (MCI), allowing for additional resources to be assigned to the call.

Officials at the scene said a total of six people were injured, four from the white Honda and two from the SUV.

According to preliminary reports, the Honda was traveling northbound and the SUV was heading in the opposite direction when the collision occurred.

A California Highway Patrol helicopter patrolling in the area also landed at the scene to assist with possible patients that required an extended level of care but was not utilized.

Stoddard Wells Road was closed in both directions between Highway 18 and the I-15 for 1-2 hours as officials worked to transport the patients and clear the roadway.

The official cause of the accident remains under investigation by the Victorville Police Department. Anyone with information is asked to call 760-241-2911.