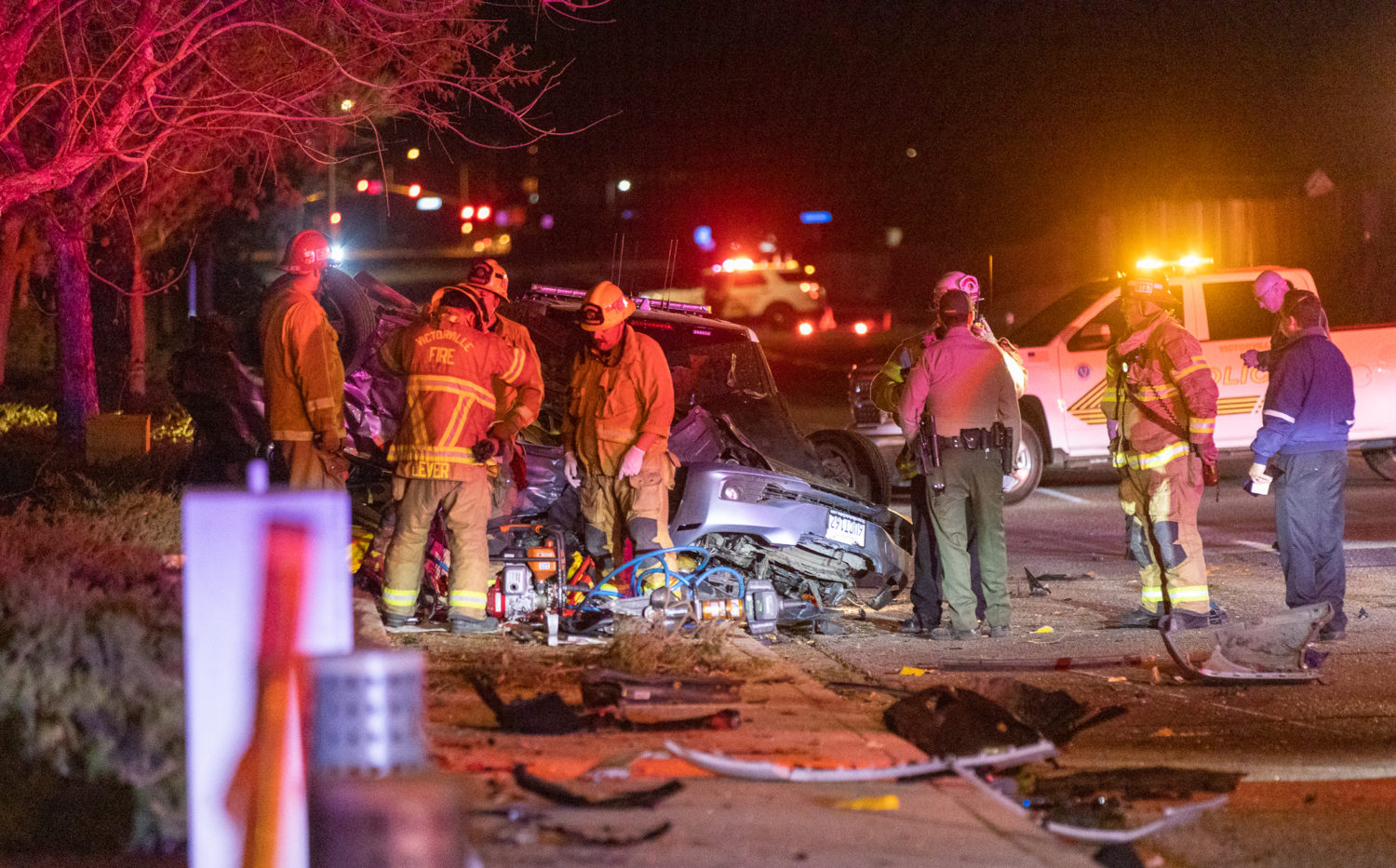 VICTORVILLE, Calif. (VVNG.com) — A San Bernardino County sheriff’s deputy was transported to the hospital following a crash that left another person dead.

Just after 9:30 p.m. on April. 11, the deputy, driving a Victorville police cruiser, was driving northbound on Amargosa Road responding to an unknown-injury crash reported on Innovation Way in Victorville at 9:28 p.m, when this collision occurred.

A witness told VVNG that a man, who appeared to be in his early 20’s, was driving a 2012 BMW trying to turn from Tawney Ridge Lane onto Amargosa Road when the vehicles collided.

The impact caused the BMW to overturn onto the sidewalk located on the southbound side of Amargosa Road, just north of Tawney Ridge Lane.

The male driver of the BMW was pronounced deceased on scene, emergency personal confirmed.

That individual nor the deputy who was injured have been publicly identified.

The San Bernardino County deputy, part of the Victorville Police department, had non-life-threatening injuries. He was taken to a local hospital with minor injuries.

Further information about this deadly crash was not immediately available.

At least one person was later confirmed to have died in the crash that the deputy was initially responding to, located in the 13000 block of Innovation Way in Victorville.

The Victorville Police Department is investigating both fatal collisions.