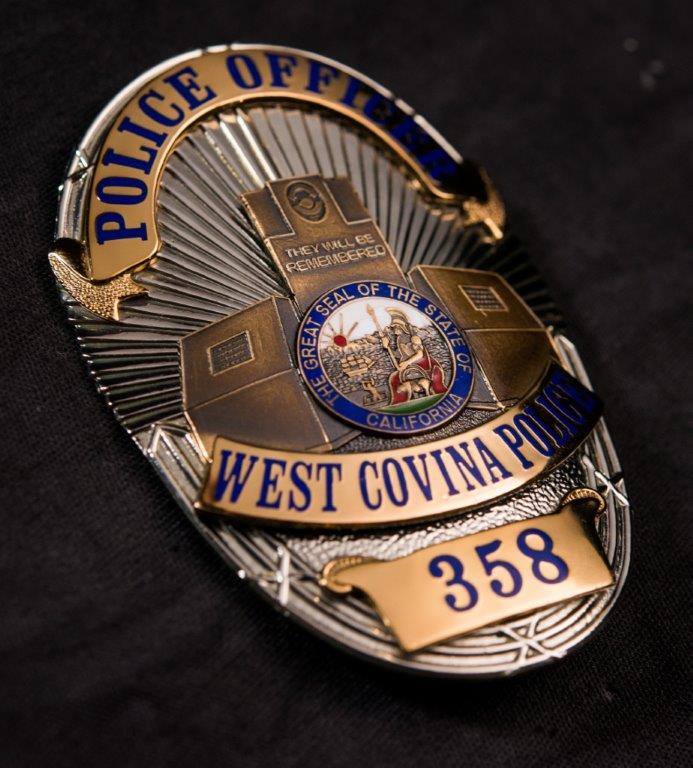 LA PUENTE-(VVNG.com):  A Victorville woman reported a carjacking of her white 2016 Toyota Corolla from the West Covina Mall Friday evening.

Just before 7:00 p.m. a female reporting party told dispatchers that a male and female suspect pointed a gun at her, took her keys and drove toward the freeway in her vehicle. The carjackers were described as a Hispanic woman with long black hair and a Hispanic man.

Soon after the report, an officer spotted the vehicle with a driver and passenger matching the reported description.  The officer attempted to pull the vehicle over, but the female driver failed to yield. The officer began to chase the vehicle but the vehicle continued to drive at speeds in excess of 90 miles per hour running several stop lights. The vehicle crashed into another vehicle on Willow Avenue near Amar Road at around 7:06 p.m.

A man, woman and an 8-year-old were injured in the collision. The child was in the vehicle that the Toyota driven by the suspect slammed into while attempting to elude authorities. The male suspect, 27-year-old Victorville resident, Joshua Rodriguez attempted to flee the scene on foot but was stopped by a police dog.  The officer determined that the vehicle was registered to the woman driving it at the time of the collision.

The woman, 26-year-old Victorville resident Brittany Benquenchea and child suffered non-life-threatening injuries and were transported to the hospital. The male suspect was treated for minor injuries including a dog bite. Both the male and female suspect were arrested for evading police and assault with a deadly weapon.

Benquenchea and Rodriguez were both on parole for a 2011 armed robbery of the Popeye’s Restaurant located in Victorville, where Benquenchea was a manager at the time.  Just prior to the false report,  the couple was  involved in a fight inside the Macy’s.

Authorities said that the reason for the false report is still currently under investigation.