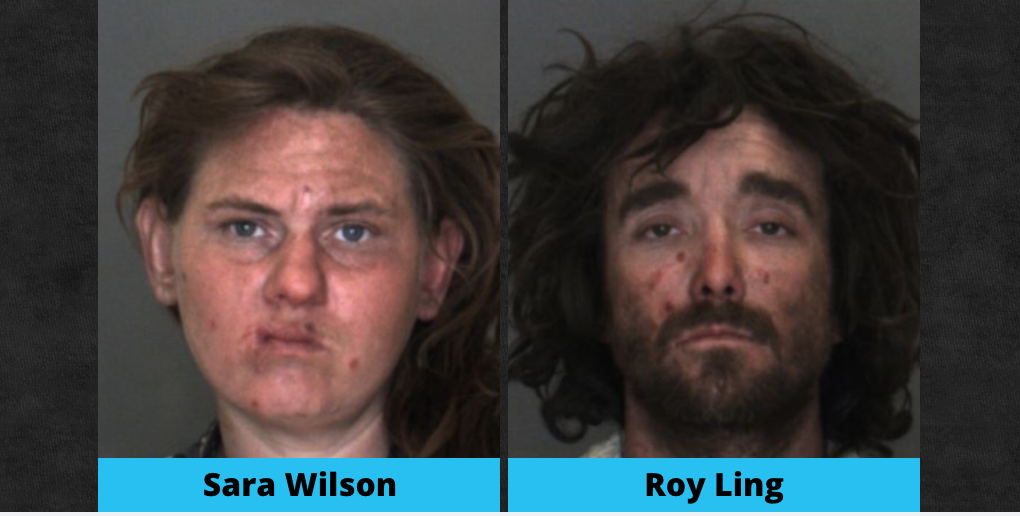 VICTORVILLE, Calif. — A Victorville couple is under arrest after being accused of sexually abusing chid as well as their dogs, officials said.

In August 2013, the five-year-old victim disclosed he was sexually abused by his biological parents, Roy Ling, 35, and Sara Wilson, 32.

At the time of the sexual assault, the victim and his parents were transients in the high desert, and as a result detectives from the Victorville station initiated the investigation, sheriff’s officials said.

In December 2017, the San Bernardino County Sheriff’s Hope Team located Ling and Wilson in the riverbed area in Victorville, reactivating the investigation.  Investigators were given information that Ling and Wilson may have committed sexual acts on their dogs.

On February 14, 2018, Detectives provided additional information to the Victorville District Attorney’s Office and arrest warrants were issued for Ling and Wilson.  Victorville Police Gang Unit located them in the Cottonwood St./E Street in Victorville.  They were booked into the High Desert Detention Center for Lewd and Lascivious Acts with a Child and their bail was set at $200,000 each.

Anyone with information is urged to contact Detective Lisa Guerra of the Specialized Investigation Division, Crimes Against Children Detail (909) 387-3517. Callers wishing to remain anonymous are urged to call the We-Tip Hotline at 1-800-78CRIME (27463) or leave information on the We-Tip website at www.wetip.com.