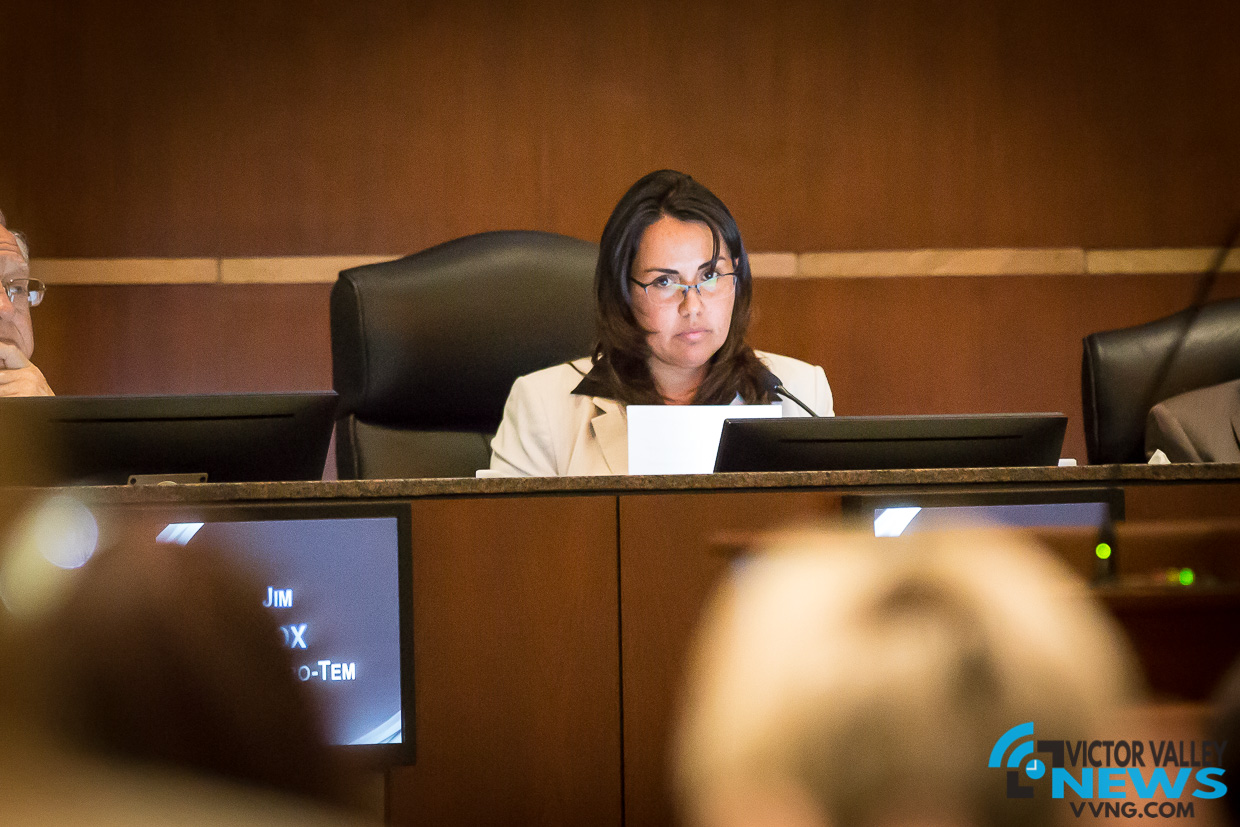 VICTORVILLE, Calif. — In order to be open and transparent with the public, the City of Victorville today announced that administrative law judge, Stephan H. Tyler, has determined Council Member Blanca Gomez falsely claimed a break in service and pay in order to take unemployment payments from the City of Victorville and she is not eligible for the unemployment moneys she has taken.

As a result, Tyler ruled that Gomez may be investigated for unemployment fraud. The judge’s ruling is the result of an appeal filed by the City of Victorville to the California Unemployment Appeals Board.

“We are extremely saddened to find ourselves in a position of having to inform the people of Victorville that someone they entrusted to act in their best interest has disrespected them and taken deliberate action to enrich herself at taxpayer expense,” said Victorville spokeswoman, Sue Jones.  “At the same time, we are relieved that Ms. Gomez’s misrepresentations have been exposed following the City’s swift action to report it to EDD and request an appeal.”

According to records considered by the judge, Gomez submitted a claim for unemployment benefits in May 2020.  On this claim form and under the penalty of perjury, Gomez certified that she hadn’t worked nor had she received any pay for the period May 17 – May 23, 2020 even though she received a monthly stipend of $943 from the City of Victorville.  Gomez repeated her false claim that she didn’t work or receive pay another five times leading her to receive a total of $4,952 in unemployment benefits between May 23 and June 27, 2020.  Yet, as verified by Judge Tyler; Gomez has been receiving her monthly stipend of $943 and fringe benefits package from the City of Victorville since she was elected in 2016 without any break in pay.  According to Tyler, “Benefits were received as a result of this misrepresentation.”

“This situation is made even more distressing at a time when so many in our community have suffered legitimate financial losses caused by the pandemic and who are having difficulty receiving legitimate unemployment assistance,” said Sue Jones

“For more than four years, Ms. Gomez has alleged corruption at Victorville City Hall yet all that could be found was the corruption committed by Ms. Gomez herself as yielded by the finding of the administrative law judge,” said Victorville Mayor, Debra Jones.  “Ms. Gomez’s actions are disgraceful and demonstrate why this Council has worked for so many years to distance itself from her.”

The City of Victorville first received a bill for Gomez’s unemployment claim in July 2020.  City Manager, Keith Metzler then attempted to reach Gomez by phone to discuss the matter.  When his call was not returned, he wrote a memo to Gomez requesting her assistance in resolving the matter stating her claim appeared fraudulent.  After receiving no response from Gomez, Metzler reported the matter as fraud to the EDD in August 2020.  The matter was referred to the Unemployment Appeals Board with hearings held in December 2020 and February 2021.

“As a result of the judge’s findings that Ms. Gomez lied on her unemployment claim in order to fraudulently take funds from Victorville taxpayers combined with the fact that she pleaded out to a misdemeanor charge of welfare fraud in 2000, I have no choice but to reach out to District Attorney Jason Anderson to ask that he consider this a criminal matter,” said Victorville Mayor, Debra Jones.  “The citizens of Victorville deserve no less.  As stewards of the public’s trust, elected officials must be held to a higher standard.”