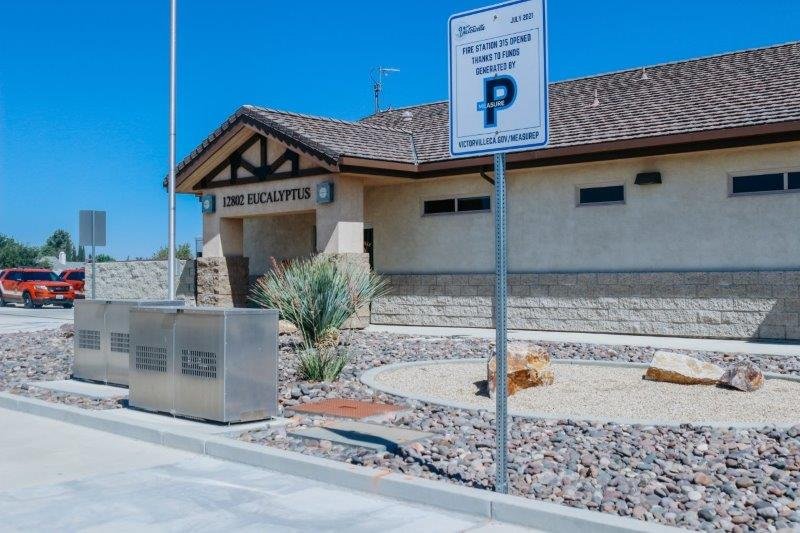 VICTORVILLE, Calif. — Building on its initial opening of Fire Station 315 last year, the City of Victorville announced it will use Measure P revenue to increase staffing at the station located on Eucalyptus Street in order to expand fire service in the Southwest corner of the City effective July 23.

“We’re excited to be able to fulfill our promise to expand fire service in Victorville,” said Victorville Mayor Debra Jones.  “With the help of Measure P, we are investing in services to increase safety and quality of life for our growing community.”

Because a majority of VFD’s calls are medical, the City prioritized medical response in phase one of opening Fire Station 315.  For the past year, Fire Station 315 has been staffed with a two-person paramedic squad.  Thanks to revenue from Measure P, service will be expanded as of July 23 with a three-person medic engine equipped to respond to both fire and medical calls in the southwest portion of the City where a coverage gap has existed.

“Expanding our fire service to meet the needs of our growing community is a strategic imperative,” said Victorville Fire Chief Brian Fallon.  “This further expansion at Fire Station 315 will increase our all-risk service to community members in the southwest portion of our City, and the benefits in the form of quicker response times and added service will be felt throughout our entire community.”

Measure P is expected to generate roughly $29 million this fiscal year. Additional information about Measure P and the City of Victorville annual budget are available on the City website at VictorvilleCA.gov.