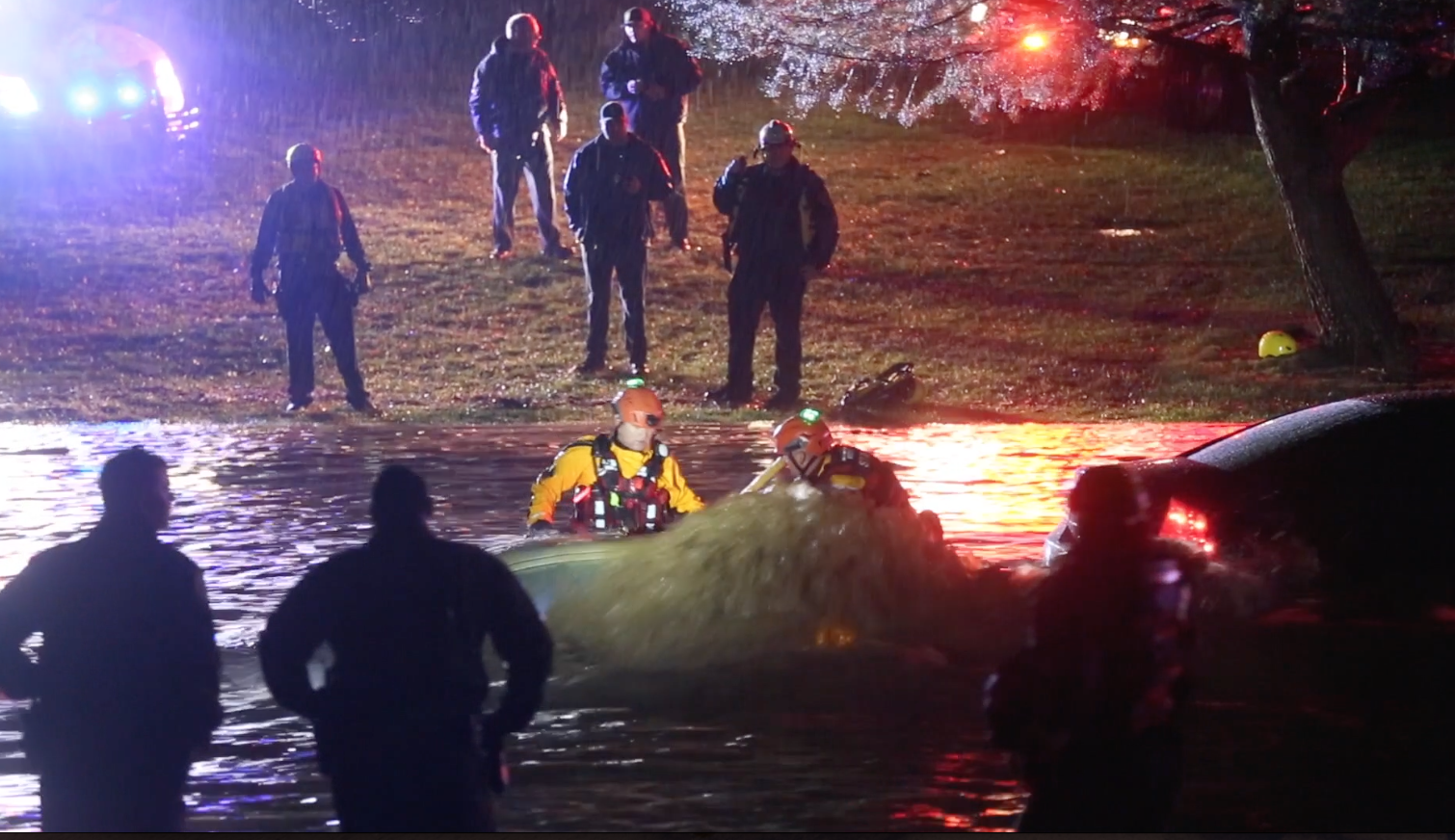 VICTORVILLE, Calif. (VVNG.com) — A wrongful death lawsuit brought against the City of Victorville from a 2017 drowning near Dories Davies Park was settled for $2.5 million dollars.

On Friday, February 17, 2017, Michael Williams, 41, of Victorville, was traveling down Pebble Beach Drive when rapid currents spewing over the street forced his silver Mercedes into the wash, along with another vehicle.

Michael was trapped in his car as the floodwaters and debris submerged his vehicle, he was unable to escape and was pronounced deceased on scene. The other motorist was saved by San Bernardino County Fire SWIFT water rescue units and helicopter evacuation after he managed to escape his vehicle and retreat to the roof of his car.

The Wallace Firm, which represented Michael Williams’ wife and son said the City was well aware of the dangerous conditions on Pebble Beach Drive at the Oro Grande Wash, an area that many residents expressed concern over during times of rain and had a history of flash flooding.

According to the firm, the Department of Public Works, the City department in charge of maintaining the streets in response to rain storms, will occasionally place Department employees on “Storm Duty” when they are concerned that a storm might be breaking over the City. Storm Duty involves clearing out storm drains, catch basins and drainage of channels of mud, leaves or debris to ensure water is able to flow freely and mitigate the potential for street flooding.

“The City activated Storm Duty the day before the incident (February 16, 2017), where employees performed these maintenance activities in all the predesignated areas except for the area where Michael lost his life. The City has no explanation for this omission although there was a clear risk in this area coupled with its known history of dangerous conditions,” stated the firm.

The firm’s founder and lead counsel Bradley Wallace said, Michael’s death was easily preventable and he is glad to see the City is being held accountable for their negligence and disregard for numerous warnings of the particular area.

“The City had ample notice of the coming rain storm and although they initiated ‘Storm Duty,’ in which Department employees could clear storm drains and debris, they omitted one of the most dangerous areas in the City, and failed to close off flooded streets which cost Michael his life,” stated Wallace.

Victorville City’s Public Information Officer Sue Jones responded to a request for a statement regarding the settlement and the claims made by the firm. Jones said the City of Victorville Continues to deny any and all wrongdoing or liability for the Plaintiff’s alleged damages.

Jones said the press release prepared by the claimant’s law firm makes several false assertions, but one she wanted to address specifically is the claim that the City performed storm drain maintenance elsewhere but failed to perform maintenance activities in the area where the accident occurred.

“This is not true. Pebble Beach Drive was engineered to use a channel crossing for drainage, not a storm drain. Therefore, the assertion that we didn’t clean the storm drain is misleading and false,” stated Jones. “Channel crossings are prevalent in the High Desert. They provide a dip in the road to allow water to flow over the roadway. This form of drainage is commonly used in low areas where it would be difficult or impractical to build a bridge.”

Jones said this was a very unfortunate accident and a tragic reminder for motorists to obey all posted warnings such as the “Subject to Flooding” sign the City had clearly posted where this incident occurred.

“It’s also a very stark reminder of how deadly impaired driving can be, as Mr. Williams was determined by the coroner to have had significant levels of an illicit drug in his system. For their personal safety, motorists should be aware of their surroundings and never drive through standing water due to the dangers of drowning. As the public service announcements advise, “turn around, don’t drown,” said Jones.

“We understand that most wrongful death suits do not have the same outcome. We are glad that the city has taken responsibility. However, you can never put a price on the lost of loss of life. Michael’s daughter loses the experience of having her father to walk her down the aisle, his son will never be able to have those father son talks. He can’t tell him about his first crush, can you imagine? We know Michael is at peace, but his loved ones will forever feel the loss.”

On June 17, 2021, the Superior Court of the State of California for the County of San Bernardino approved a global settlement of $2.5 million.