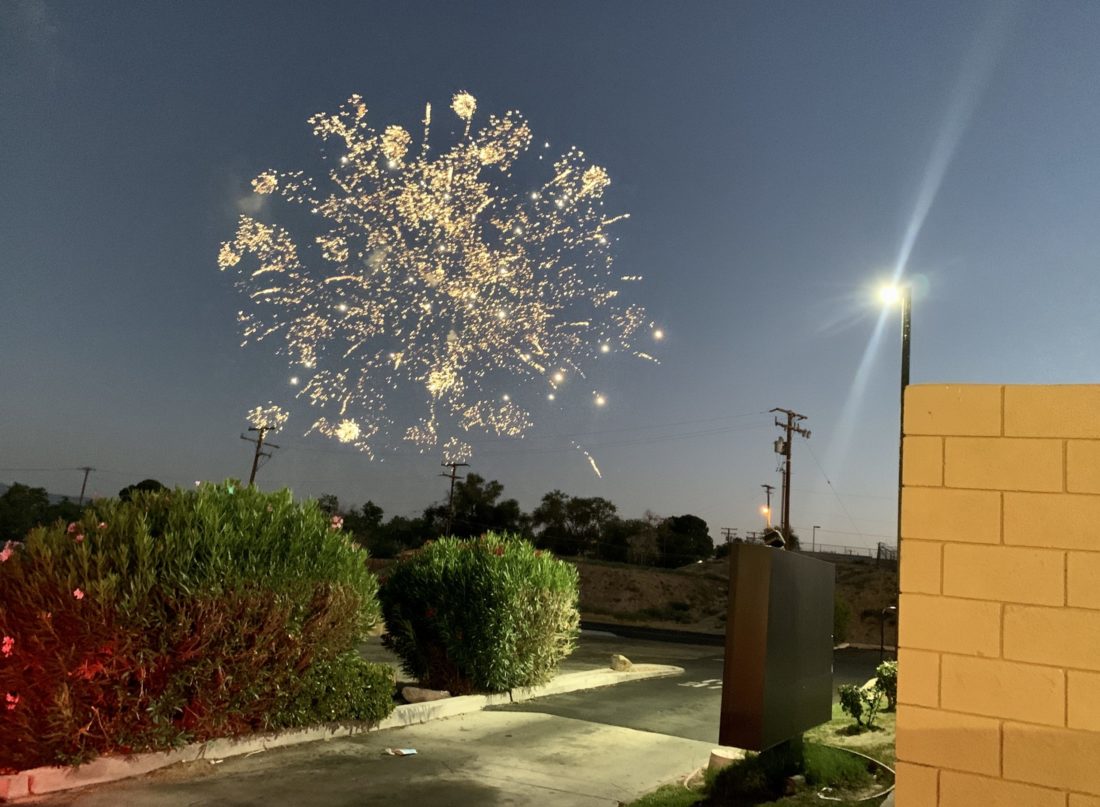 Illegal fireworks as seen from a Victorville drive-thru on the 4th of July.

VICTORVILLE, Calif. (VVNG.com) — The City of Victorville issued 180 citations and confiscated 532 pounds of fireworks during the 4th of July illegal firework enforcement operation. City spokeswoman Sue Jones said 110 of those citations were issued on the 4th of July, compared to 80 citations issued last year.

Perhaps it was the COVID-19 “Stay at Home Orders” boredom or maybe the last-minute cancellation of most city-operated fireworks displays. Regardless of the reason, July 2020 certainly saw a huge increase in the use of illegal fireworks in communities everywhere.

The spokeswoman told VVNG they share many of the same frustrations residents have about the negative impacts fireworks have on the quality of life in Victorville as well as the safety hazards such as risk of fire and bodily injury.

Victorville City Fire responded to 57 fires that were caused by illegal fireworks including two structure fires.

“Each year, we work to improve our effort by incorporating the lessons learned from the previous year,” stated Jones. Enforcement of illegal fireworks use can be very difficult and they’ve worked to refine our process,” she stated.

Jones said new fines were imposed this year and based on the concerns and feedback received from Victorville residents last year, City Council increased the fine for illegal fireworks to $1,000 for the first violation, $2,000 for the second violation, and $3,000 for the third.

Jones attributed the increase in citations to members from the community. ‘They were able to use video and pictures to catch violators. The online reports residents submitted via our online reporting tool were also very helpful,” stated Jones.

“We will continue to work to improve our enforcement efforts for the safety of our community and the quality of life in Victorville, but this problem will continue as long as our residents are able to purchase fireworks so readily,” stated Jones.

VVNG was unable to verify the number of citations issued by the City of Hesperia, the Town of Apple Valley, and Adelanto.