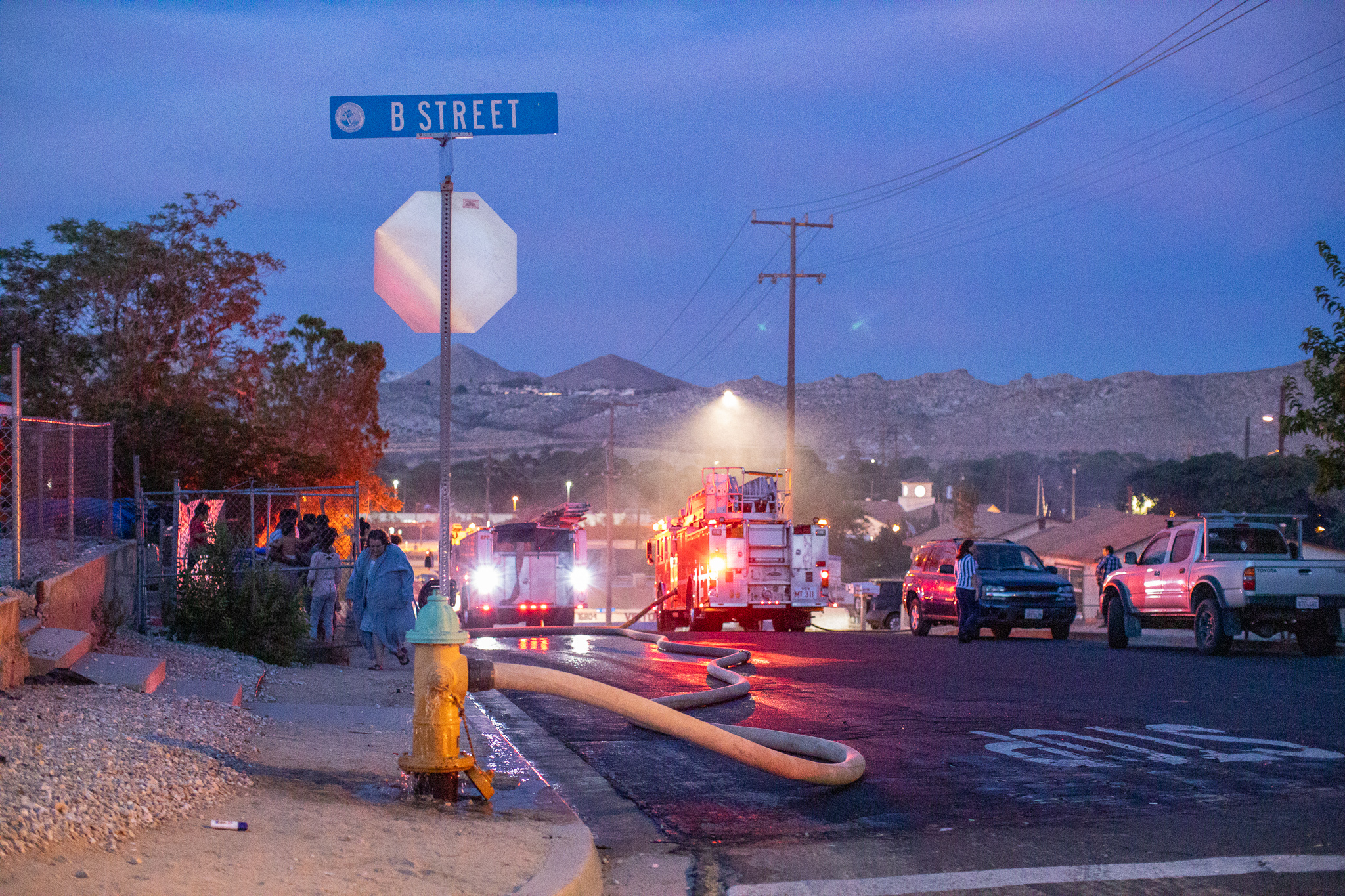 At about 7:23 pm on September 15, 2019, Victorville City firefighters responded to a residential structure fire in the 15500 block of 5th Street.

Medic Engine 311 was the first unit to arrive and reported a single-story residential structure and found heavy fire in a unit.

Firefighters managed to quickly extinguish the fire and prevented it from spreading to nearby structures.

Tonight’s fire was approximately 1-mile away from a suspicious Saturday evening fire that started in a vacant home and quickly spread and damaged several of the surrounding homes.

No injuries were reported in this incident and the official cause of the fire is under investigation.