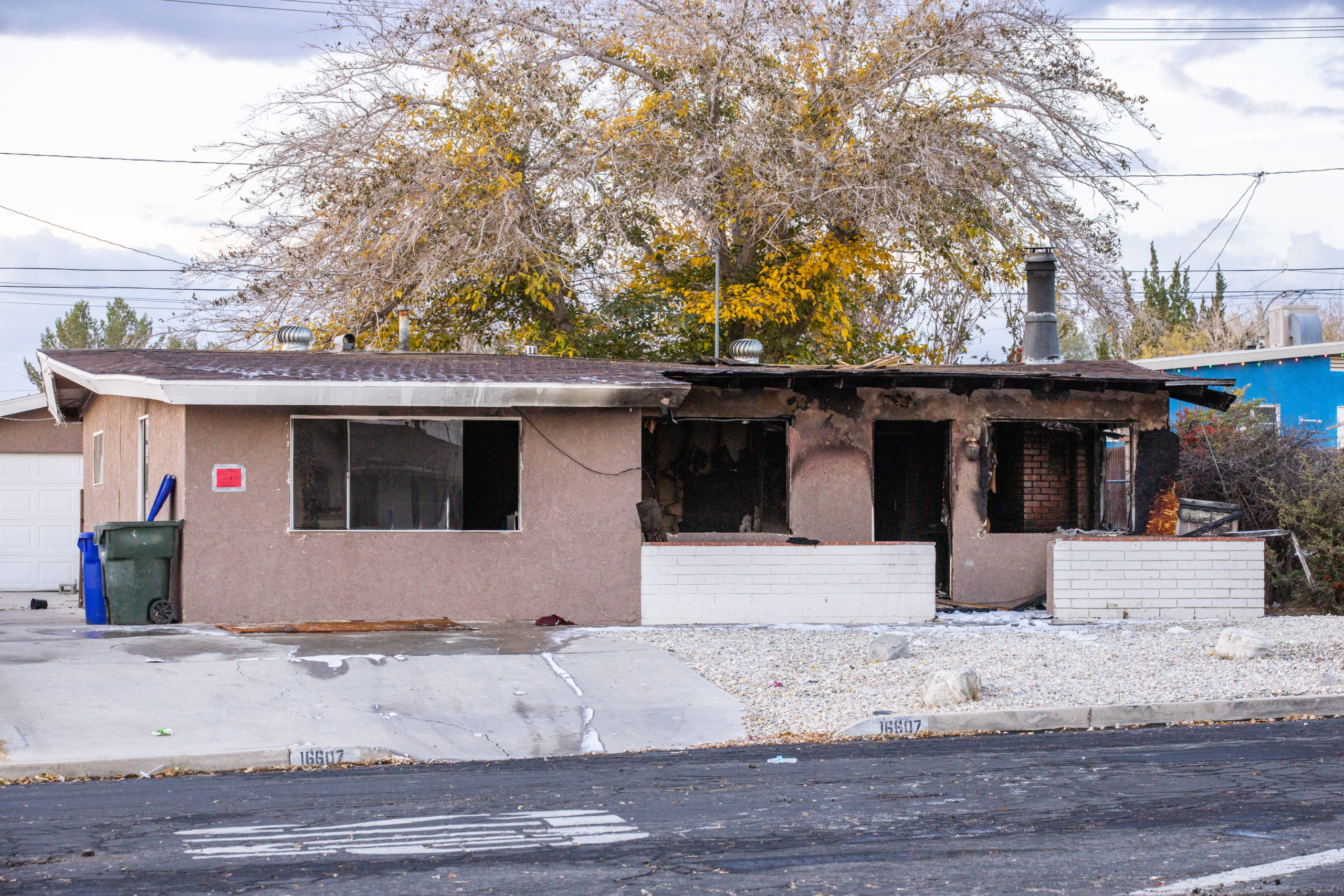 The fire involved electrical components and required the power to the entire building be shut off by Southern California Edison. Smoke extended into other occupancies of the strip mall.

A second fire occurred at 12:55 a.m. Nov.19 in a single-story residence at the corner of Verde and Center Streets, across from Center Street Park.

Responding crews found heavy fire from the structure. The fire was contained to the original structure.

Jones said the house suffered extensive damage from fire and smoke and the home appeared to be illegally occupied.

The third fire occurred at 3:35 a.m. in the 16000 block of Joshua Street and also involved a single-family home with a detached garage.

“Crews responded from the previous fire to find heavy fire coming from the front windows. The fire was extinguished with no extension to nearby homes. The home also appeared to be illegally occupied with no occupants present. An occupant of the garage was alerted to the fire by deputies from the Sherriff’s Department,” stated Jones.

No injuries were reported in any of the three incidents and the cause of the house fires is under investigation.