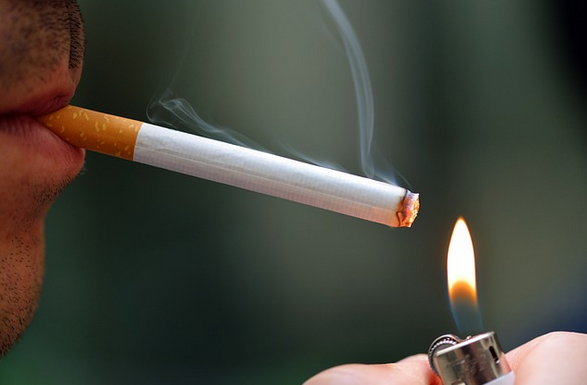 VICTORVILLE-(VVNG.com): No smoking, may be a sign you will soon see at Victorville city parks. The City Council will be taking a vote at 6:00 p.m. on Tuesday, January 20th on banning not only cigarette

smoking, but vaping and e-cigarettes as well. The ban, if approved will apply to the parks, including the park recreation area, sports fields, and parking lots.

The Victorville Community Service Advisory Committee proposed the ban at a city hall meeting over 8 months ago, at the conclusion of that meeting, the committee voted 4-0 in support of this ordinance.

Still, while many support this ban, others will fight it or even disregard the ban. “ I’ll still smoke at the park, cops won’t do anything they have better things to do then enforce that. It also is a form of discrimination.” said Michael Sanchez in a Victor Valley News group discussion. The inclusion of vaping and e-cigarrettes may come with come controversy since many feel these are safer for the smoker and safe as far as second-hand risks because of the lack of smoke. “They did the same thing here in Utah about 4 or 5 years ago. We thought the same thing, that they wouldn’t enforce it, and that they had better things to do. But we were wrong, they make so much money on tickets, its worth it.” said Roger Piper.

“If you are around somebody who is using e-cigarettes, you are breathing an aerosol of exhaled nicotine, ultra-fine particles, volatile organic compounds, and other toxins.” Dr. Stanton Glantz, Director for the Center for Tobacco Control Research and Education at the University of California, San Francisco. Current Legislative Landscape

As of October 1, 2014, 225 municipalities and three states include electronic smoking devices as products that are prohibited from use in smoke-free environments.

The city of Victorville welcomes the public to attend the meeting on Tuesday at 6:00 p.m. at  14343 Civic Drive in the Victorville City Hall Chambers.