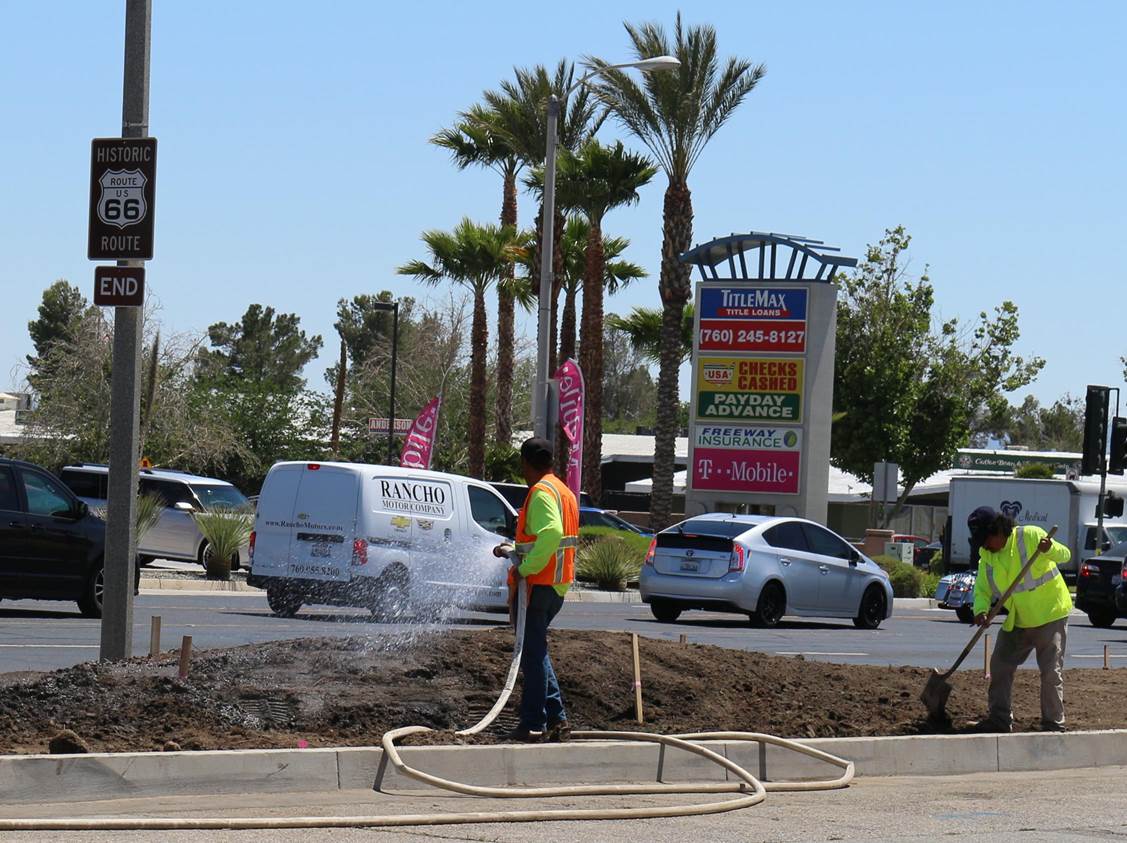 VICTORVILLE, Calif. – One of Victorville’s most prominent entry points is getting a facelift. This week, the City of Victorville started work on a desert scape to beautify the 7th Street medians. The design marries drought-tolerant plants with architectural elements that celebrate the City’s location along Historic Route 66.

Sweeping, aged-steel walls featuring cut outs of the Route 66 Sign will be a prominent artistic focal point. The artistic walls will have jagged edges depicting the mountain vistas visible throughout Victorville. Desert-wise plants will provide color and contrast to the steel walls for visual appeal. Water-wise irrigation controllers will conserve water while ensuring a low-maintenance design.

“I can’t wait for our community to see this beautiful desert scape that celebrates the beauty of our area and our connection to Route 66,” said Victorville Mayor, Gloria Garcia. “We are pleased to bring this renewed vibrancy to 7th Street and hope for it to become a template for future median projects.”

This week, crews began the process of clearing the medians of vegetation and preparing the soil for planting. According to City officials, construction will be limited to the medians and should not affect traffic on 7th Street or area businesses. However, intermittent, single-lane closures are expected to occur on Outer-7th Street at various times throughout the project, which should be complete by the end of October.

This project was necessitated due to state mandates that require the removal of ornamental turf from medians. 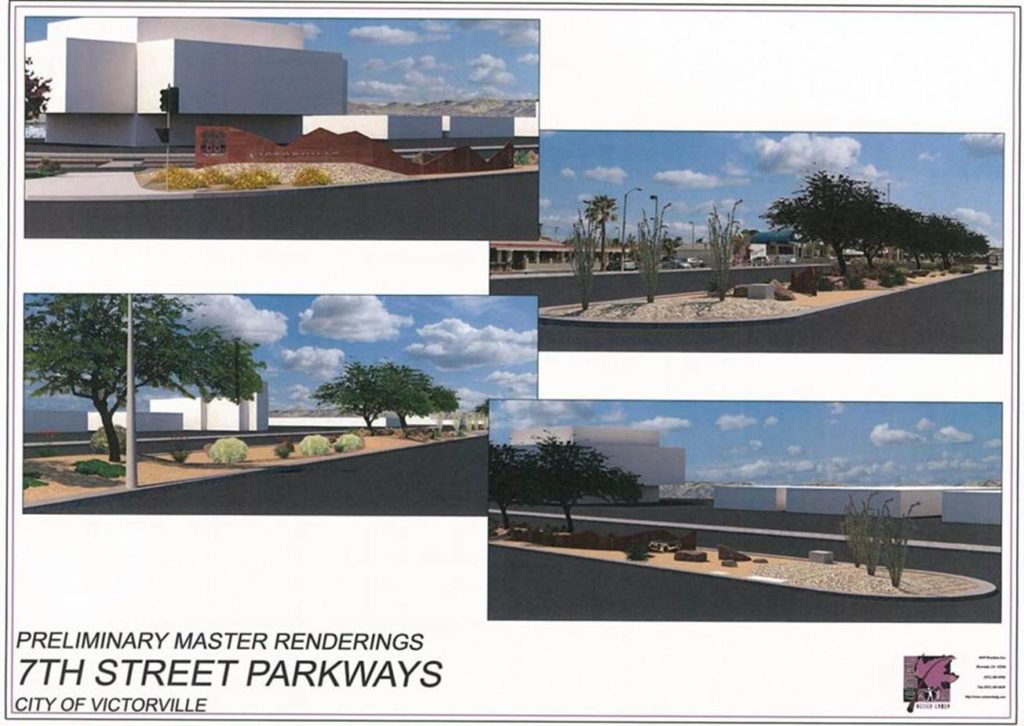 The City of Victorville began work on its beautification of the 7th Street Medians this week. Crews are removing vegetation and preparing the soil for a new desert scape that will marry drought-tolerant plants with architectural elements that celebrate the City’s location along Historic Route 66. The project should be complete by the end of October.