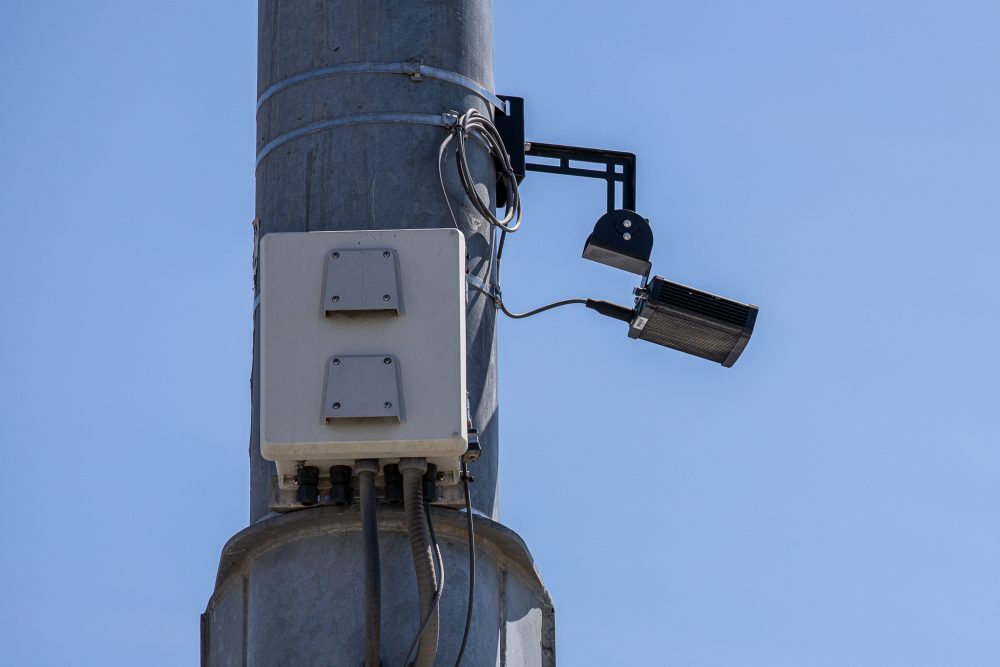 VICTORVILLE, Calif. (VVNG.com) — The Victorville City Council authorized the purchase of 37 Automatic License Plate Recognition (ALPR) cameras that will be installed throughout the city.

Known as ALPR, the high definition cameras are typically mounted on traffic signal poles and intended to be a tool to help local police departments in solving crime faster.

Funds for the project were approved in the fiscal year 2019-2020 general fund budget under Police Computer & Communication Systems. The city plans on purchasing an additional 20 cameras as part of Phase III in next year’s budget.

City Manager Keith Metzler said he’s been working closely with the Victorville Chief of Police, Rick Bessinger, on an outline with key entry points of traffic into the city.

“This is really intended to help some of our deputies, detectives, solve crimes quicker so at the same time as we’re solving the crimes quicker we can get those deputies back on the street and solving other issues or dealing with other patrol matters,” stated Metzler.

The Victorville Chief of Police, Rick Bessinger, spoke during the meeting and said the cameras help with things like recovering stolen vehicles and amber alerts.

The chief spoke about a recent example that involved a take over robbery in a neighboring city that is already using the technology. According to the chief, an ALPR hit in Hesperia ultimately resulted in the suspect’s arrest.

“Without that information from that ALPR its questionable if we would have been able to solve the crime that timely or at all because we had a vague vehicle description,” stated the chief.

The chief strongly believes the cameras will help prevent crime and have a great impact on criminals preying on the citizens of our city.

Councilwoman Blanca Gomez expressed some of her concerns over the license plate readers and asked the chief if the department would be storing millions of records from the plate readers.

The chief answered Gomez and said the law does allow law enforcement agencies to store the data and the sheriff’s department would be responsible for storing it. Bessinger said the data can only be used or accessed for law enforcement purposes or investigations.

Bessinger said that someone can’t just decide they want to request records from this year to that year and get a bunch of people’s private information.

“This system has been around for a while and it’s proven. I don’t know of any laws that state that the storage of that information is against the law,” stated Bessinger.

City engineers advised there will be physical equipment that needs to be installed and currently had no definite time frame of when the cameras would be up and running.

Listen to the entire April 7, 2020, Victorville City Council meeting below: