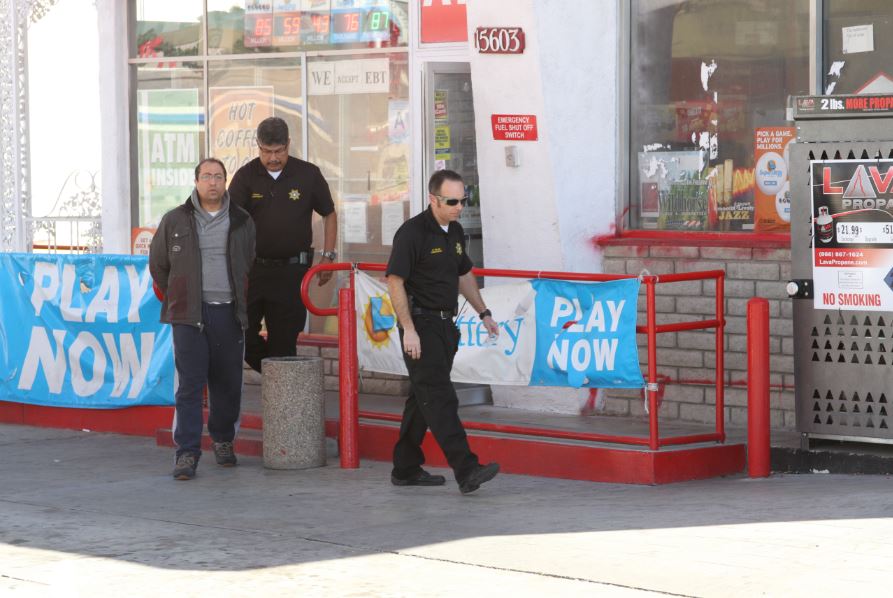 SAN BERNARDINO, Calif.– A Victorville business owner faces up three in years in prison for submitting false or fraudulent documents to a government agency.

Abdelmassihe was arrested today for submitting false or fraudulent documents to a government agency stating that he was in compliance with environmental laws.

According to Lead Deputy District Attorney Doug Poston, who is assigned to the case, gas stations are required by law to have annual inspections to confirm proper maintenance and compliance with environmental laws.

“The laws and regulations are in place to ensure that underground storage tanks do not leak toxic and flammable automotive fuels into the water tables, which in some cases lie a short distance from the surface of the earth,” said Doug Poston, Lead Deputy District Attorney assigned to the case.

Abdelmassihe was arrested at the gas station by District Attorney Investigators and booked into the West Valley Detention Center.

He remains in custody in lieu of $75,000 bail and is scheduled for arraignment on December 12 in the Victorville Superior Court.

“Our office remains committed to the protection of our natural resources, and if a regulated business falsifies documentation or tries to avoid compliance with the rules designed to protect our communities from poisoning the air we breathe and the water we drink, they can expect to be prosecuted to the fullest extent of the law,” said District Attorney Mike Ramos. “It’s simple, follow the rules or go to jail.”