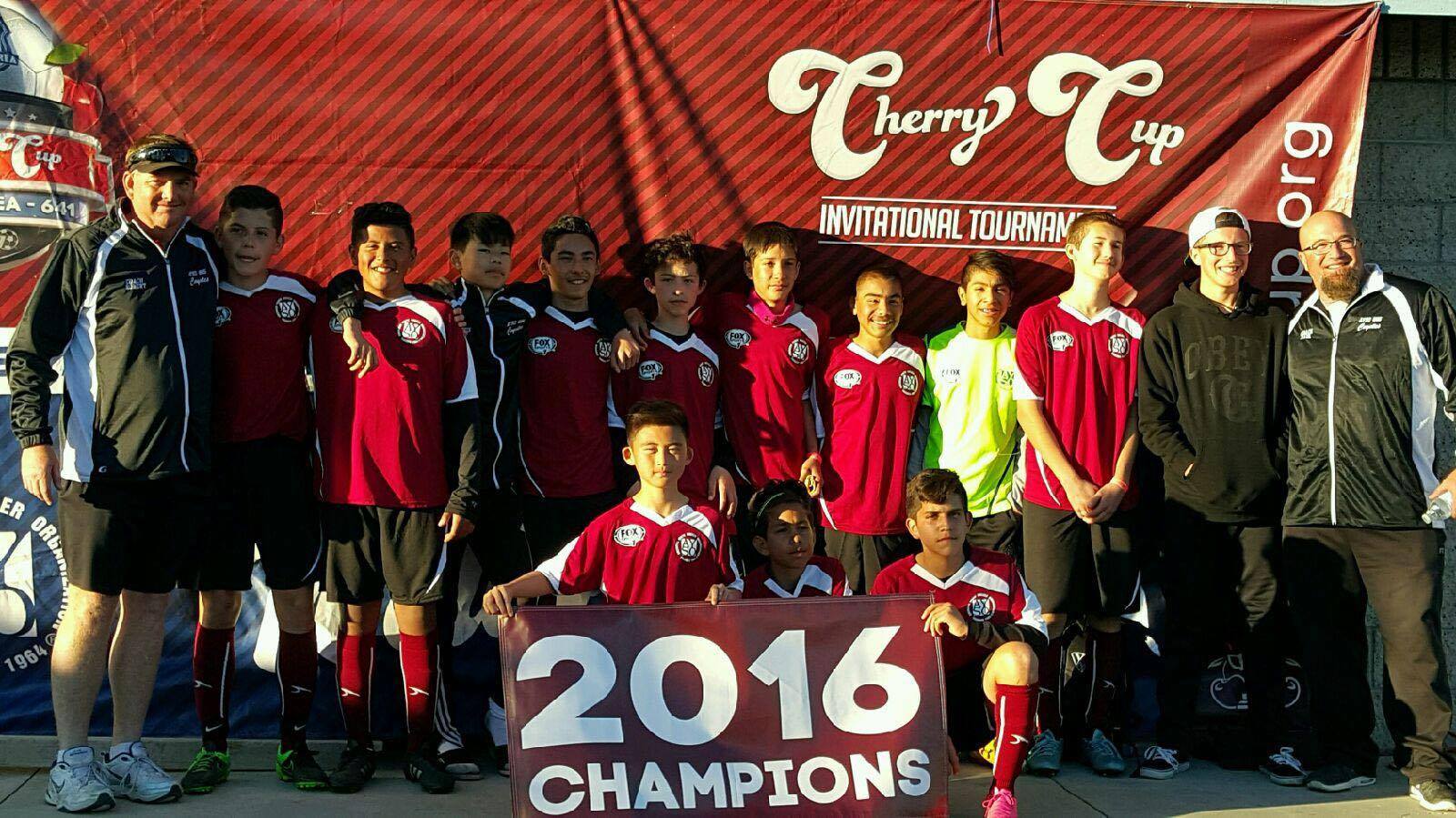 VICTORVILLE:(VVNG.com)- “Teamwork, hard work, dedication. Practice as much as we can,” is Head Coach Paul Burkel’s coaching philosophy that has driven the Victorville U14 Boys soccer team to victory.

“They (Victorville City Council) show huge support of us and it’s just awesome since they’ve got a lot on their plate and they deal with all sorts of issues but they took time from their busy schedule to look at the youth and support them,” a very appreciative Paul Burkel commented.

As the Western States champions, their next goal is the AYSO National Games in Palm Beach, Florida in July. A big trip like that requires funding, so the boys and coaches have been fundraising their hearts out. In addition to fundraising, the team has a GoFundMe set up to help them reach their goal.

Here’s to the U14 Boys and all the other teams that have worked hard this year. For more information on the program or fundraising, contact Paul Burkel at pburkel77@gmail.com.

(Photo courtesy of City of Victorville)