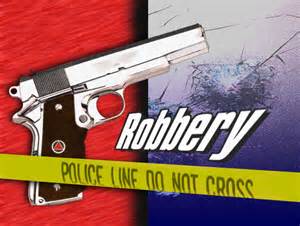 [googlemap src=”” align=”alignright” ]VICTORVILLE: Police are searching for an armed suspect wanted for robbing a local business at gun point. Central communications center received a hold up alarm coming from the 7-11 located on 14595 seventh street just after 12:30 a.m., on Wednesday.

According to scanner traffic, the suspect was armed with a hand gun possibly a gray/black revolver. No employee’s were injured during the robbery and it’s unclear how much cash, if any was taken from the register.

The suspect is described as a black male adult, approximately 5’8″, 160 lbs., and wearing dark colored clothing.

An eyewitness reported seeing a second suspect waiting and acting as a “look-out” in the parking lot. Both male suspects were last seen running on foot in an unknown direction of travel.

Anyone with information is urged to contact Victorville police.