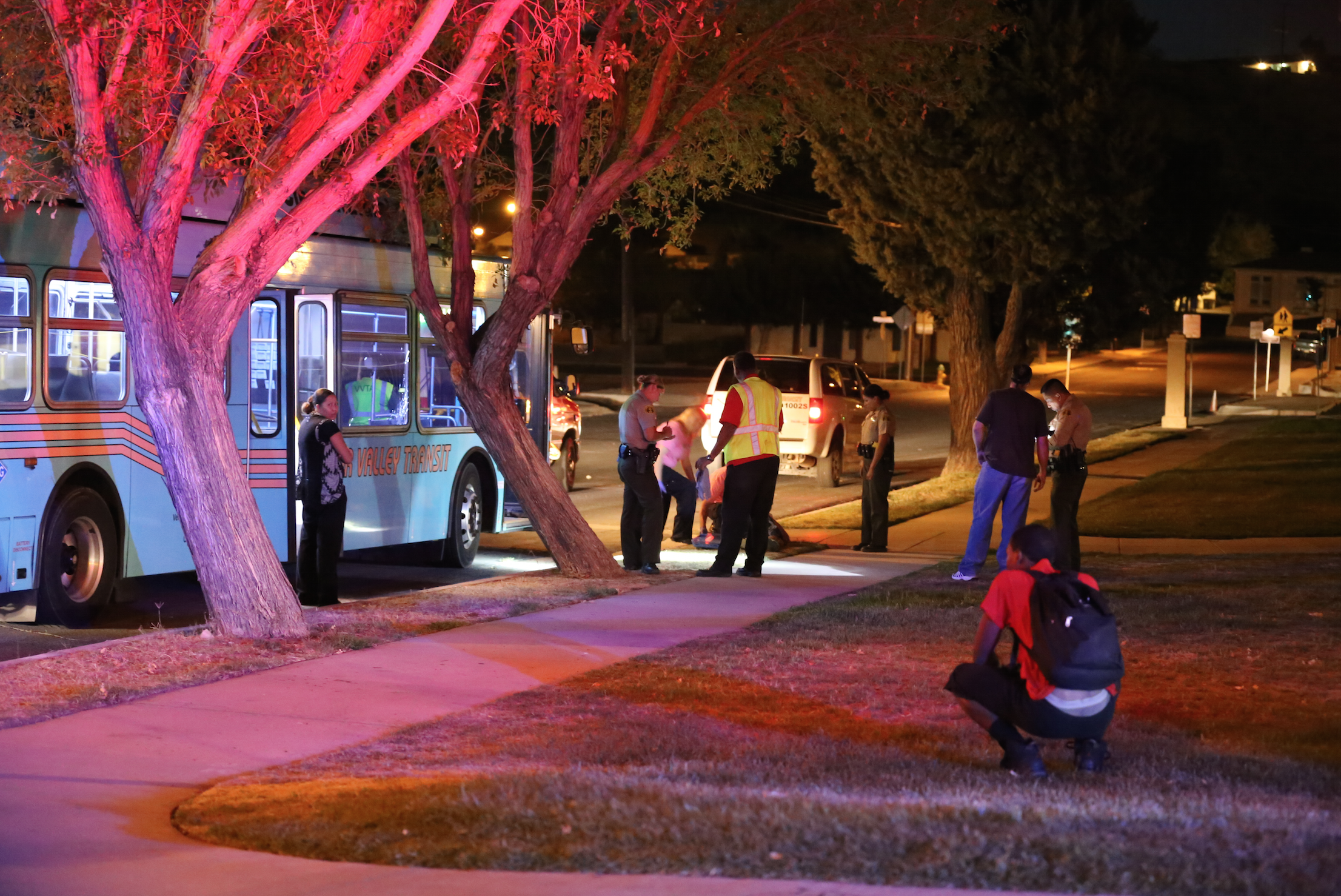 VICTORVILLE:(VVNG.com)- At approximately 8:25 p.m., on Wednesday, October 8, 2014 a battery occurred in the area of 7th street and 4th street in Victorville. The incident involved a Victor Valley Transit driver having problems with a passenger. The driver called for the assistance of a supervisor. Upon the supervisor arriving,  the irate male passenger physically attacked the supervisor. The VVTA supervisor sustained some injuries during the attack and is expected to make a full recovery.

The bus driver notified dispatch of the attack sending the police to the scene. Officers arrived at approximately 8:33 p.m., to the suspect laying on the ground allegedly pretending to be an injured victim. An ambulance was requested for the suspect who was claiming he needed medical attention.

There is no further information at this time, information will be provided when it becomes available.