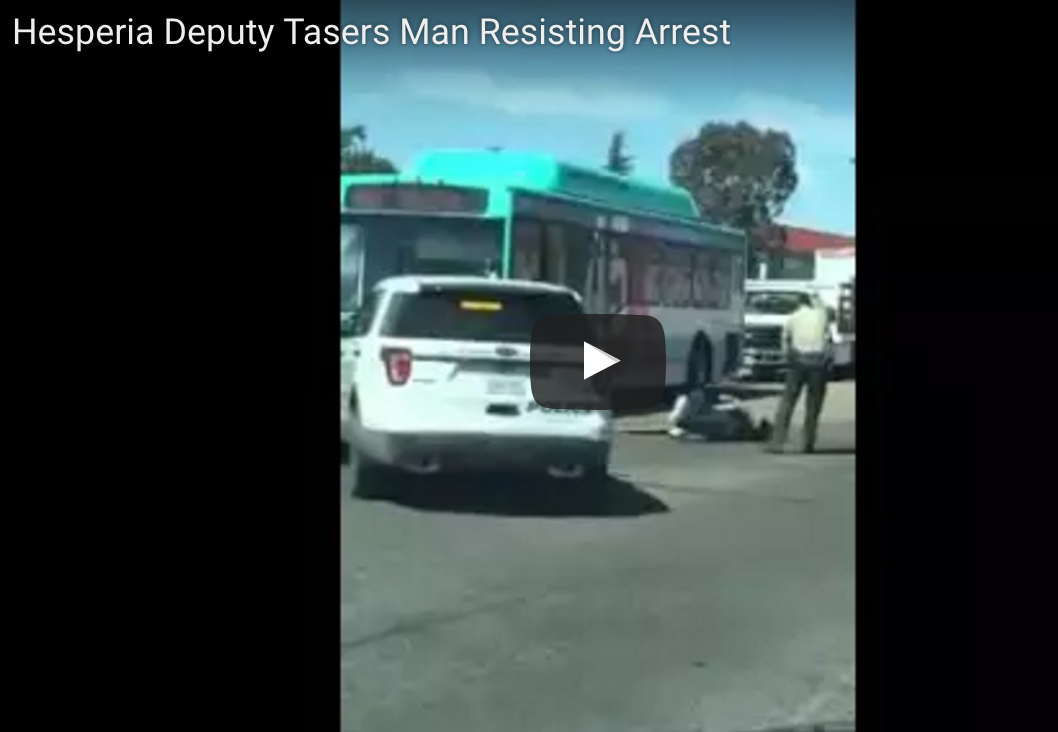 Ala Nifo, a resident of Hawaii was on the bus at around 10:20 a.m. with around eighteen other passengers on Bear Valley Road near Tamarisk Road. The bus was stopped at a light eastbound on Bear Valley Road in the left turn pocket when Nifo attacked the bus driver for no apparent reason according to witnesses.

During the attack, he banged the driver’s head against the window causing facial and head injuries. Soon after the attack, a Hesperia Station deputy was flagged down by a motorist that witnessed the attack.

The deputy arrived on scene and the bus driver opened the bus door, suspect Nifo exited the bus armed with a knife. Nifo failed to comply with the deputies commands causing him to be ineffectively tased once. He continued to be combative fighting the deputy who was able to contain him after deploying the taser a second time. He was taken into custody without further incident. The knife was recovered at the scene.

The bus driver was taken to a local hospital for treatment of his injuries. San Bernardino Sheriff’s Department officials said that it is still unclear what provoked the attack or what the suspect’s intent was. There were no other injuries reported as a result of this incident.

Ala Nifo was arrested and booked into the High Desert Detention Center for attempted murder, carjacking and battery against a peace officer.

Hesperia Station would like to thank the citizens that helped bring this incident to a safe ending. Especially the citizen that flagged down the deputy to alert him to the assault. This is an ongoing investigation. Anyone with information is encouraged to contact the Hesperia Sheriff’s Station at (760)947-1500 or Sheriff’s Dispatch at 760-956-5001 or remain anonymous at We Tip 800-78-CRIME.