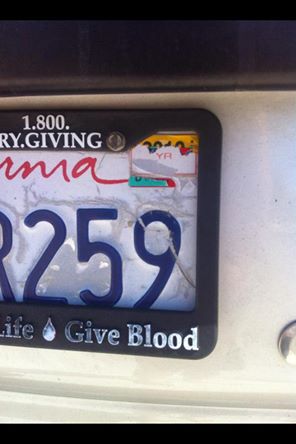 (VVNG.com)- Victor Valley residents are outraged by the growing epidemic of stolen license registration stickers.  The high cost of vehicle registration and the need to have them is making this a thief’s new choice in theft. They take an unregistered vehicle and put the tags on it to make it appear to be registered.

Brentwood resident Denise Kelly explained, “This happen last night to my daughters van. Her tags were stripped from her vehicle right in front of her house. She called the police and made a report then called DMV. We’ve lived in this neighborhood for almost 20 years, even watched my house be built.”  Frustration about the once peaceful and quiet desert neighborhood was shared as other people in neighboring areas shared their stories. “They did that to me like a month ago $15 to replace it,” said Kimberly Pope.

This scam is not a new scam, it is something that has happened for years in all areas but people should be aware and take precautions. The best way to deter this kind of  theft of your license plate registration sticker is to cross cut the tag with a razor blade. The cross cuts will make your sticker come off in pieces.  It is recommended you first remove any old stickers but if you do not it will still usually help. The thief often times will leave your tags alone and go for an easier target rather than peel off a sticker that comes off in several pieces. Many people have turned to license plate covers which many soon found out are not legal to use or sell in California per Vehicle Code Section 5201. There are license plate frames that cover part of the tags making peeling them off a more difficult task, these are legal as long as none of the plate numbers are covered.

A person who is found guilty of stealing vehicle registration stickers will likely be charged with California Penal Code Section 484-502.9, Petty Theft. Petty theft is the charge for theft of items $950 or less in value.  Petty theft is a misdemeanor in California law. The maximum penalties for most first-time petty theft convictions are a fine of up to one thousand dollars ($1,000), up to six (6) months in county jail, or both.